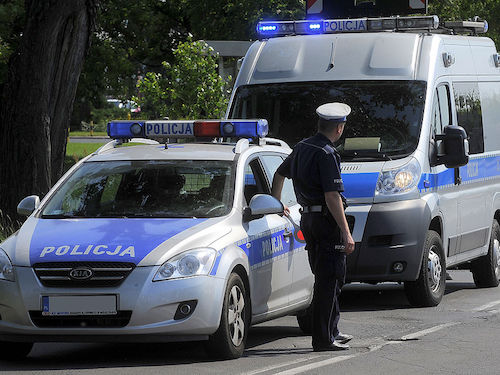 The office of the United Nations High Commissioner for Human Rights is amping up pressure on the Polish government to “ensure free and full participation” at this year’s UN climate conference, COP 24, after the country introduced a new safety and security law that limits public demonstrations during the conference and allows personal data to be collected without participants’ knowledge or consent.

“As COP24 will take important decisions to implement the Paris Agreement and address challenges in mitigation action, it is critical that Poland strikes the right balance between safety concerns on the one hand, and fundamental freedoms of assembly, participation, and privacy, on the other,” write four UN special rapporteurs on human rights, in a statement forwarded to the Polish government April 23 and released in Geneva last Monday.

“For COP24 to be a true success, the Polish government must do its utmost to prepare and hold the meeting in a manner that facilitates the climate change negotiations, and also ensures meaningful civic space that is free from undue surveillance and restriction,” they added. “All eyes are on the Polish government to see how, as the host and the president of COP24, it will honour its human rights obligations and uphold its responsibility to ensure free and unfettered access for broader participation.”

The new law, adopted by the country’s conservative-nationalist Law and Justice party in January, “forbids spontaneous protests in the city of Katowice during the talks, and allows police to collect personal data on delegates without their consent,” the Thomson Reuters Foundation reported last month.

“We are concerned that the climate negotiations will be a farce if they are conducted in this atmosphere of fear, threat, and intimidation,” responded 116 civil society groups and individuals, in a letter to the United Nations climate secretariat and the bureau of the Aarhus Convention, which guarantees public participation in environmental decisions. Human Rights Watch warned in late March that “these measures could be used to spy on environmental activists and Indigenous leaders” participating in the COP.

E&E News notes [subs req’d] that this isn’t the first time domestic politics in Poland have roiled a UN climate conference the country was hosting. “In 2013, Poland fired its then-environment minister, Marcin Korolec, halfway through a climate summit in Warsaw. Korolec remained president of the COP, but the demotion reverberated throughout the rest of the conference, which was not considered to be especially well-run,” the publication recalls.

This year, “Katowice itself is an illustration of Poland’s internal tensions—it’s a coal and manufacturing town in the country’s southeast. The conference venue is in close proximity to the Museum of Mining, on the old site of the Katowice coal mine, which ceased operation in 2001.”

Urszula Stefanowicz of the Polish Ecological Club said national politics will take precedence over the international image boost the country hopes to gain by hosting this year’s COP. For the EU’s leading consumer of coal-fired electricity, “the basic strategy is to maintain what we have currently as long as possible,” she said, “which is no strategy at all.”

Meanwhile, with COP 24 in Katowice less than seven months away, officials and observers have been reacting to the slow pace of mid-year negotiations in Bonn over the last two weeks. “I am satisfied that some progress was made” during the meetings, tweeted UN Climate Secretary Patricia Espinosa. “But many voices are underlining the urgency of advancing more rapidly on finalizing the operational guidelines of the #ParisAgreement.”

Toward the end of the session, countries agreed to hold an extra set of meetings in Bangkok in September, in the hope of advancing a draft negotiating text before the COP convenes. Carbon Brief closed out the two weeks of “intersessional” talks with a detailed explainer and status report on negotiations that are supposed to conclude by the end of this year.

Time Will Tell How Attribution Science Fares in Court