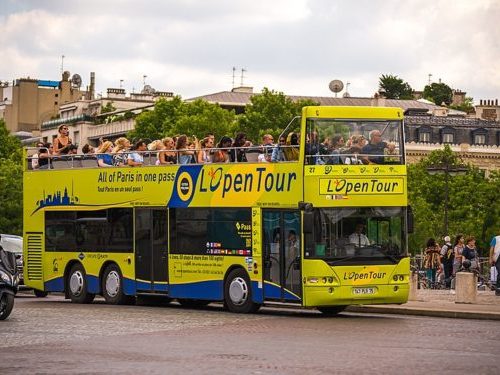 The US$7-trillion global tourism industry is now believed to account for 8% of global greenhouse gas emissions, three times the impact that was previously attributed to the sector, and enough to undermine the gains in the Paris climate change agreement, according to a new study in the journal Nature Climate Change.

“At least 15% of global tourism-related emissions are currently under no binding reduction target, as emissions of international aviation and bunker shipping are excluded from the Paris agreement,” the study states. “In addition, the U.S., the most significant source of tourism emissions, does not support the agreement.” (The shipping industry has since committed to a 50% reduction in greenhouse gas emissions by 2050.)

“The new assessment is bigger because it includes emissions from travel, plus the full life cycle of carbon in tourists’ food, hotels, and shopping,” the BBC notes. “Driving the increase are visitors from affluent countries who travel to other wealthy destinations.”

“It definitely is eye-opening,” said lead author Dr. Arunima Malik of the University of Sydney. “We looked at really detailed information about tourism expenditure, including consumables such as food from eating out and souvenirs. We looked at the trade between different countries, and also at greenhouse gas emissions data, to come up with a comprehensive figure for the global carbon footprint for tourism.”

The analysis comes at a time when global tourism is growing fast. “Fueled by falling air travel prices and a growing global middle class, the number of international holiday-makers is currently growing at a rate of 3-5% per year,” Carbon Brief states.

Based on data spanning 160 countries, the researchers “found that the most important element was relatively well-off people from affluent countries travelling to other well to do destinations,” the BBC states, with much of the travel taking place inside national borders. “The report underlines the fact that when people earn more than $40,000 per annum, their carbon footprint from tourism increase 13% for every 10% rise in income,” and continues growing in step with incomes.

The study arrived at net carbon footprints for tourists from different countries by calculating the differences between their residence and destination emissions, Carbon Brief explains. That analysis led the researchers to define tourists from Canada, Switzerland, The Netherlands, and Denmark as “net travelers”, with higher carbon footprints in other countries than visitors in their own. Tourists from countries like Maldives, Cyprus, Mauritius, and Seychelles were identified as “net hosts”, meaning that their countries “shoulder much higher footprints from their visitors than they exert elsewhere”. The study said some small island states end up with the highest per capita carbon footprints, with tourism accounting for up to 80% of their annual emissions.

“If you have visitors from high-income countries then they typically spend heavily on air travel, on shopping and hospitality where they go to,” Malik told the BBC. “If the travelers are from low-income countries, they spend more on public transport and unprocessed food. The spending patterns are different for the different economies they come from.”

The study also suggested that the good intentions behind ecotourism aren’t enough to offset its emissions impact. “One main problem with ecotourism is that it cannot help to address emissions associated with long-haul travel, which is a key factor to the overall trip carbon footprint,” said co-author Dr. Ya-Yen Sun, a senior lecturer in tourism at the University of Queensland. “For example, a UK visitor flying all the way to Indonesia to engage with ecotourism will produce more emissions than locals with regular domestic travel.”

So “one key step to low-carbon travel is to fly less, choose destinations that are close to home, and pay to offset carbon emissions.”

The study “looks at the entire picture of tourism, including what people do when they get to where they are going,” Alter writes. “They look at the carbon footprint of what happens when you get off the plane: getting around, staying at a hotel, buying food in restaurants and shopping. They look at the supply chains getting all this stuff to where the tourist is visiting.” But that introduces a degree of confusion since, “as people get richer, their carbon footprint increases whether they are traveling or not.”

In the study, the authors explain that they purposely focused on tourists’ carbon footprints in the countries they visit, rather than the “additionality” compared to their impact if they had stayed at home, partly because they wanted to understand the implications for “international embodied carbon transfers”.

World Travel and Tourism Council Research Director Rochelle Turner said a “growing number” of hotels, airports, and tourist operators are shifting to carbon-neutral operations, but cited the recent water crisis in Cape Town as the kind of event that can boost travelers’ awareness.

“There is a real need for people to recognize what their impact is in a destination, and how much water, waste, and energy you should be using compared to the local population,” she said. “All of this will empower tourists to make better decisions, and [it’s] only through those better decisions that we’ll be able to tackle the issue of climate change.”