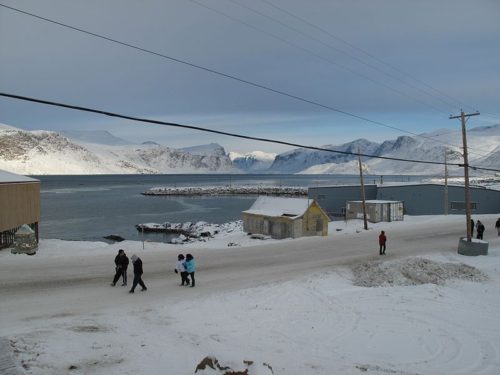 Alaskan Inuit communities are seeing the impacts as another Arctic heat wave drives temperatures around the North Pole to at least a 60-year high this week, with averages north of 80 degrees latitude coming in 10°C/18°F above the normal of -16°C/4°F for this time of year.

Temperature spikes in the High Arctic were previously extremely rare. But now they’ve occurred in four of the last five winters, and “in the lead-up to summer, the temperature has again shot up to unusually high levels at the tip of the planet,” the Washington Post reports. “Scientists say this warming could hasten the melt of Arctic sea ice, which is already near record low levels.”

University of California Irvine climate scientist Zachary Labe said the pulse of warm, moist air behind the temperature surge can “have a long-lasting fingerprint” leading to faster Arctic ice loss during the summer. Last year, a study in the Journal of Geophysical Research concluded that the phenomenon “can initiate sea ice melt that extends to a large area” for several months through the fall.

“Interestingly, while much of the Arctic has turned abnormally warm, the cold air normally entrenched over the region has had to move somewhere,” the Post notes. “In recent days, it has parked over south central Greenland, where temperatures are 30 to 35 degrees colder than normal.” The contrast between colder and warmer regions “is leading to very stormy conditions over the Canadian Arctic Archipelago.”

A study last week by the U.S. National Oceanic and Atmospheric Administration (NOAA) concluded that the 2016 Arctic heat surge “could not have happened without the steep increases in greenhouse gas concentrations”, and the Post notes that Arctic sea ice is currently approaching its lowest extent ever. Citing an earlier Post reports, EcoWatch reports this week that Bering Sea ice between Alaska and Russia is at 10% of normal levels, prompting NOAA scientist Rick Thoman to tweet that “we’ve fallen off a cliff: very little sea ice remains.”

An April report by the International Arctic Research Center (IARC) at the University of Alaska Fairbanks concluded that ice loss is having a serious impact on Alaskan communities, EcoWatch adds. “The lack of stable ice cover made it difficult for Alaska residents to travel between communities on boats or snow machines or to hunt for marine life like mammals, fish, and crabs.”

“Without the ice, it’s very difficult, if not impossible, to put food on the table,” said IARC climate scientist Brian Brettscheider.

“Fellow Americans are suffering from a natural disaster,” Thoman agreed. “While low sea ice is not as dramatic as a wildfire or an Interstate 95 snowstorm, the impacts and hardships it produces are just as real.” 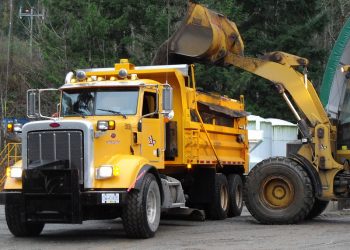