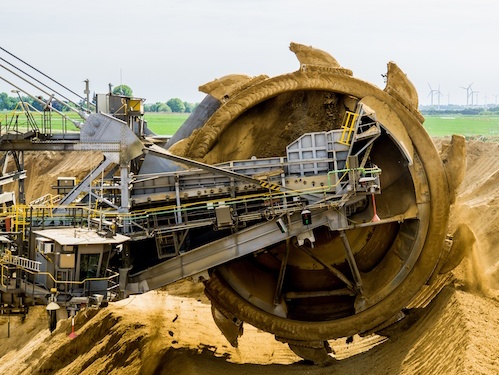 Allianz, the world’s biggest insurance company by assets, has announced that it will no longer provide stand-alone insurance coverage for coal mines or coal-fired power plants.

“As a leading insurer and investor, we want to promote the transition to a climate-friendly economy,” CEO Oliver Baete said in a statement.

The German insurer, which decided in 2015 to dump all investments in companies that drew more than 30% of their business from coal, “also announced that it will ban all companies planning to build more than 500 MW of new coal capacity from its investment portfolio,” reports Urgewald, a German environment and human rights NGO that began arguing for divestment in 1992. “This bold step reinforces the shift of the insurance industry away from coal and increases the pressure on industry laggards to adopt coal exit policies, as well.”

“The coal industry is the number one driver of climate change, and building new coal plants is incompatible with the goals of the Paris agreement,” said Executive Director Heffa Schueking. “We welcome Allianz’s move as an important step towards making the coal industry uninsurable and uninvestable,” although the organization encouraged Allianz to bring its coal coverage down to zero ahead of its 2040 target date.

“The insurance industry is uniquely placed to support the transition away from coal, and four global insurers have now decided to shift away from coal,” said Unfriend Coal campaign coordinator Peter Bosshard. “We call on Munich Re, Generali, AIG, and other climate laggards in the industry to also stop insuring and investing in coal projects.”

The Allianz announcement also “sets a new standard for the exclusion of coal plant developers,” Urgewald notes, with the company giving notice that it will cut its 30% divestment threshold to 20% in the years ahead.

To date, 16 insurers have divested an estimated US$22 billion from coal companies.