The Mix’s Fourth Anniversary, and Farewell to a Friend 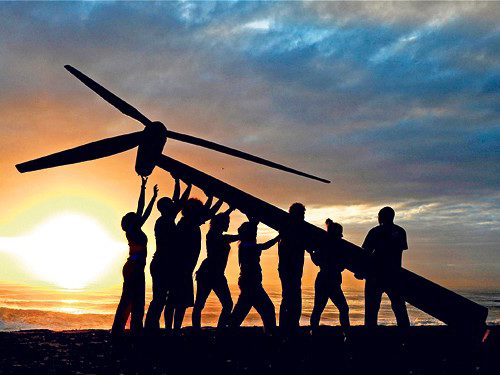 On this day in 2014, the first edition of The Energy Mix went out to a tiny list of email recipients. Four years later, we’re up to 518 editions, 9,798 stories on our online archive, and a network of thousands of readers who give us evidence, data, hope, inspiration, critical feedback, and the occasional correction for our thrice-weekly digest.

We’ve had a chance to help document a massive surge in the urgency of the climate crisis, and a corresponding surge in the available solutions—across the energy sector, and far beyond. We’ve produced live coverage for three United Nations climate negotiations, beginning with the historic Paris conference in 2015. We’re pretty sure we saw the volume of incoming content double in the lead-up to Paris, then double again in the 2½ years since. We figure we now scan about 1,000 incoming headlines per week to put together the tentative story lineup that eventually lands on your desktop as The Energy Mix.

(If you’re thinking that we really need to get out more…we’ve had the same thought!)

Anniversaries are hard not to notice, but they’re most important when they belong to a wider community and point to a path forward. We’ve been able to carry on for four years thanks to the incredibly diverse and dynamic group of researchers and policy developers, lawyers and number-crunchers, entrepreneurs and advocates, activists and occupiers who are contributing whatever they do best to address some corner of the climate crisis—and to advance solutions that work.

We get our content from an equally diverse network of news outlets that generate tidal waves of relevant, uplifting, quirky, or alarming stories every single day. I like to remind people that we have the easiest job in news—we’re just the rewrite desk, synthesizing “a story about the story” after a journalist or researcher has gone out to collect and write it. That’s why we always credit our source and always link back to the original source content. We want you to be able to find the whole story if you need more detail than we’ve given you. And we absolutely want to make sure to extend credit (and links back) where due.

Speaking of credit where due, we’re dedicating this anniversary edition to an early climate and energy hero, without whom The Mix would almost certainly never have begun. As founding editor of Canadian Renewable Energy News beginning in 1977, Doug Nixon anchored the editorial and production team that built a world-leading international trade journal with their bare hands, decades before what we then called a “soft energy path” was considered even remotely achievable. Doug died of Parkinson’s last week, and (we’ll see how this goes) we’re hoping to set up an environmental journalism scholarship in his name.