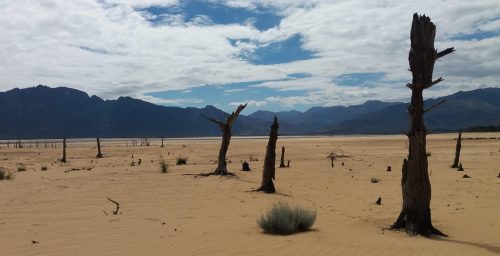 A more variable climate spells another injustice in a warming world, with the poorest people likely yet again to feel the heat most intensely.

LONDON, 8 May, 2018 – Climate change threatens the world’s poorest people with greater injustice as a more variable climate compounds the effect of the warming itself.

Dramatic variations in temperature – that is, extremes of heat, or cold snaps – will hit the poorest nations hardest. The variability won’t hurt just because in relative terms the poorest are the most vulnerable. The thermometer will swing most wildly where the gross domestic product is lowest.

That is: the people who emitted the lowest levels of greenhouse gases because they could not afford the fossil fuels that powered the developed economies will once again be hardest hit by climate change as a consequence of global warming, which will follow the build-up of carbon dioxide in the planetary atmosphere.

For every degree of global warming, new research from European scientists suggests that temperature variability will increase by 15% in southern Africa and Amazonia, and up to 10% in the Sahel, India and south-east Asia. Those countries not in the tropics, many of them wealthy and highly developed, may see a decrease in temperature variability.

The scientists put their conclusion with more than usual clarity in the journal Science Advances: “The countries that have contributed least to climate change, and are most vulnerable to extreme events, are projected to experience the strongest increase in vulnerability.

“These changes would therefore amplify the inequality associated with the impacts of a changing climate.”

The researchers analysed 37 different climate models to pinpoint those “hotspots” where the temperature variations would be the most pronounced, as ever more carbon dioxide reaches the atmosphere and continues to push global average temperatures ever higher.

They then matched their maps of temperature anomalies and soil moisture change against maps of gross domestic product per head of population, and greenhouse gas emissions. Once again, the least developed nations would be the hardest hit.

It has been a commonplace of climate science that the injustice is built-in: the poorest will pay most dearly, as sea levels rise and low-lying atolls and river deltas flood, as increasingly violent windstorms batter the shantytowns and jerry-built housing of the rapidly expanding cities in the developing world, and as poorer farmers are forced off marginal land that will become either increasingly parched as the thermometer goes up, or more vulnerable to flooding as the moisture-carrying capacity of the atmosphere increases with temperature.

The issue of climate justice has been repeatedly raised at international level by campaigners, by religious leaders and by academics.

But the latest study goes beyond the familiar generalities to identify the more precise locations of future tragedy. Climate extremes – droughts, floods, heatwaves and ice storms – can destroy harvests, claim lives and sweep away livelihoods, and the poorest economies take the longest to recover.

“It is not only the fact that they are poor that makes these countries vulnerable, but also the relatively large change in climate variability. This issue of variability is different from the problem of mean warming which is actually much larger in high latitudes than in the tropics,” Sebastian Bathiany, of the University of Wageningen in the Netherlands, who led the study, told Climate News Network.

One instance is Amazonia, terrain characterised by rainforest. “The Amazon is predicted to become substantially drier as a result of greenhouse gas emissions, and this is the main reason for the increased temperature variability predicted for that region. In the last years we observed developments that also point in that direction – for example there were strong droughts in 2005 and 2010.”

And on the other side of the Atlantic, the injustice continues. “More intense heatwaves in Africa will mean more direct deaths for people and livestock, will promote the spread of key diseases, and will hammer agricultural production,” Tim Lenton, from the University of Exeter in the UK, a co-author, told the Network.

“The general trend of urbanisation is not going to help either, as urban heat islands can exacerbate the problem, and when people are concentrated social tensions can escalate. There’s a very lively academic debate going on over whether hot extremes trigger human conflict at all scales from individual to civil wars – my reading of the evidence is that the effect is real,” he said.

“It’s a pretty bleak story – I want readers in the countries affected to know that we stand with them – we are highlighting these injustices of climate change to trigger action to avoid the worst and to redress those injustices that cannot be avoided.” – Climate News Network