Vancouver Geography Instructor to Trudeau: Your Dad Had It Right, So ‘Please Be Bold’ 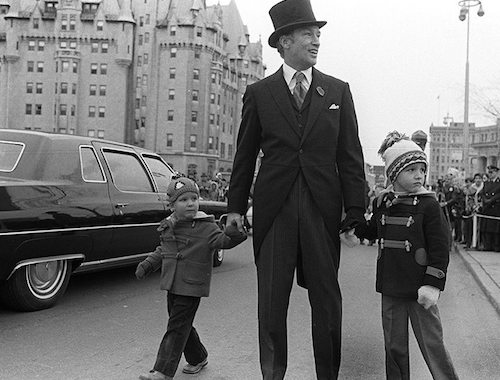 Prime Minister Pierre Elliott Trudeau inadvertently passed on some sage environmental advice to his son, future PM Justin Trudeau, when his office responded to a letter 48 years ago from 11-year-old Jeanne Mikita, a lifelong Vancouver resident who now teaches geography at Capilano University.

In a post for The Tyee this week, Mikita urges the current PM to take his dad’s advice in his response to today’s environmental issues.

“We do not doubt for a moment that the rest of the world would find us at fault, and hold us liable, should we fail to ensure adequate protection of that environment from pollution or artificial deterioration,” Pierre Trudeau had said during a visit to the Arctic, in a speech supplied to Mikita by his correspondence secretary, Henry Lawless. Canada’s 15th prime minister also warned against appearing “to live by a double standard. We cannot at the same time that we are urging other countries to adhere to regimes designed for the orderly conduct of international activities, pursue policies inconsistent with that order simply because to do so in a given instance appears to be to our brief advantage.”

In 1969, he scribed environmental protection as “an act of sanity in an increasingly irresponsible world,” while acknowledging Canada’s need for strong leaders who “will not barter a clean and wholesome environment for industrial or commercial growth and call it progress.”

“In these days of incivility in the House and press conferences with controlled messages, the eloquence of your father’s remarks is refreshing,” Mikita writes to Justin Trudeau. But “my 11-year-old self would never have believed that 50 years later our governments would be continuing to prop up the extraction and export of fossil fuels, rather than leaping to embrace the green future that awaited us.”

While acknowledging the “daunting task” of inspiring people with a long-term vision of what might be possible, she urges the current PM to “please be bold—we need to know that your vision for our country recognizes the ecological consequences and dubious economic benefits of a bitumen pipeline, and will ultimately stand for Canada’s commitments to combat climate change.”