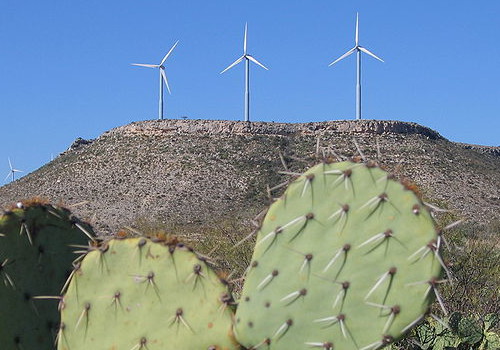 Texas regulators have approved Xcel Energy’s US$1.6-billion, 1.2-gigawatt application to build two new wind farms, one in the Lone Star state and the other across the border in New Mexico.

The project, which received regulatory approval in New Mexico in March, will generate enough electricity to power about 360,000 homes, Utility Dive reports. The company said the average residential customer should see a $2 monthly saving on their power bill once the two facilities are completed in 2021.

More broadly, “as coal-fired power in Texas struggles to compete against gas-fired and renewable power, the planned addition of nearly 4,000 MW of wind capacity means it could exceed coal in Texas as soon as this year,” the industry publication states.

Senator Martin Heinrich (D-NM) lauded his state’s 552-MW Sagamore project, scheduled to begin construction next year with a completion date of 2020, as “a boon to the local economy.” Xcel Energy said the two projects will “create approximately 600 construction jobs and 40 to 50 full-time positions,” and “generate $154 million in additional revenue for state and local governments and school districts.”

In addition to preserving water in two very dry, increasingly parched states, the new wind farms will “save hundreds of millions of dollars in fuel costs over 30 years by offsetting generation from the region’s conventional power plants,” the company told Utility Dive.