Poland is facing heightened international scrutiny after passing laws that would prohibit unapproved protests and allow it to monitor and collect data on participants during the United Nations climate change conference, COP 24, in Katowice later this year.

The new law, adopted in January, “forbids spontaneous protests in the city of Katowice during the talks, and allows police to collect personal data on delegates without their consent,” the Thomson Reuters Foundation reports.

“We are concerned that the climate negotiations will be a farce if they are conducted in this atmosphere of fear, threat, and intimidation,” responded 116 civil society groups and individuals, in a letter to the United Nations climate secretariat and the bureau of the Aarhus Convention, which guarantees public participation in environmental decisions. The legislation means “environmental defenders” attending the COP 24 face “great risks, barriers, and restrictions in…protesting against policies that accelerate climate change,” they added.

In a March 26 letter to UN Special Rapporteur on Human Rights John Knox, Human Rights Watch warned that “these measures could be used to spy on environmental activists and Indigenous leaders” participating in the COP.

UN human rights experts were expected to write to the Polish government, as well.

In an email to Thomson Reuters, the Poland environment ministry said the legislation would allow police to gather data on “persons posing a threat to public safety and order”, adding that its main objective as this year’s COP chair would be “to ensure a transparent, equal and inclusive, impartially managed negotiation process”. It added that “the role of non-governmental partners in this process is extremely important and should be further empowered”.

Poland said its restriction on public rallies only applied to spontaneous demonstrations, not meetings for which advance notification had been provided. But Human Rights Watch researcher Katharina Rall pointed out that “activists needed to be able to respond to twists and turns in the negotiations at short notice,” Thomson Reuters reports.

“It’s not clear to me why these measures are necessary,” she said. “At this stage…there is no reason to believe that there would be heightened security risks for participants if they were holding demonstrations.” As it is currently written, she added, the law raises “a risk for clashes or potentially criminalization of those activists.”

Knox told Reuters he couldn’t comment directly on the specific law, but “noted many environmental activists face danger in carrying out their work around the world,” Thomson Reuters states. “Environmentalists are understandably concerned about the prospect of information about their participation in meetings like this being obtained and then used in ways that they can’t anticipate and understand,” he said.

In a post for the Center for Global Constitutionalism, PhD candidate Hannah Birkenkötter at Berlin’s Humboldt University contrasts the ban on public gatherings with Paris’ decision to cancel a public march at the 2015 UN conference, just days after a major terrorist attack on the city. While that move was controversial, “discussion with civil society organizations and the [UN Framework Convention on Climate Change] Secretariat had preceded the cancelling of the climate march. There was no preventive and absolute ban on all spontaneous gatherings put into place months in advance,” she writes.

This year, “without indication of a threat to public safety, a blanket ban on spontaneous assemblies cannot be reconciled with Poland’s European and international human rights obligations.”

Birkenkötter questions the extent to which storing data on COP 24 participants without their consent will serve the cause of public safety, and points to the role the UN climate secretariat might play in collecting data on conference participants. “In order to store participants’ personal data, the Polish government needs to rely on the UNFCCC Secretariat, which retains registration data of all participants” for use at future conferences, she explains. That information is shared with host countries to help them process visa applications. But Poland’s new law raises the question of whether UN agencies are subject to international human rights law, even if they aren’t explicit signatories.

“NGOs are in part worried about the secret storage of personal data because it leads at least subjectively to a large insecurity as to what will happen with the personal data and whether this might lead to reprisals in their countries of origin,” Birkenkötter writes. “While data sharing for the purpose of visa processing does not raise any human rights concerns, one might consider to what extent the blanket nature of the bill requires the UNFCCC Secretariat to request some form of assurance from the host government to not secretly retain data of all COP participants without concrete cause.” 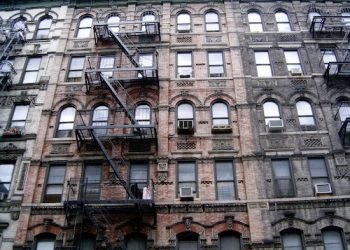 Time for Canada to ‘Divorce’ U.S. on Tailpipe Emission Standards