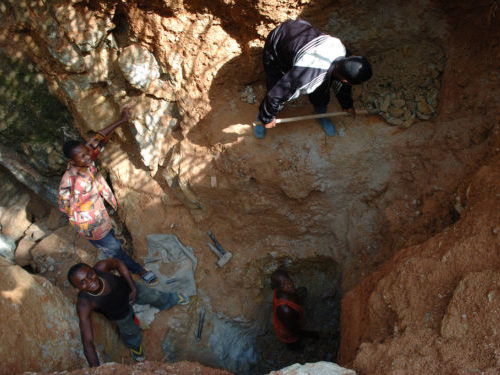 Two Toronto-based Blockchain companies are working to ensure that the cobalt in the batteries driving everything from smart phones to electric cars will never again be traded for the well-being of a child conscripted to work in a mine in the Democratic Republic of Congo.

Up to now, the odds of that kind of exchange have been high, given that “the majority of exported cobalt” originates in Congo and that “in 2014, UNICEF estimated that about 40,000 children worked in DRC’s mines,” many of them digging cobalt out by hand in tunnels hundreds of feet below the surface with no provisions for their safety, Greentech Media reports.

Those conditions “led to pressure from non-governmental organizations, commitments from companies to source conflict-free products, and even a promise in September from the DRC government to eliminate child mining by 2025,” GTM writes.

But actions speak louder than words, and “only Apple and Samsung SDI had taken adequate action on cobalt sourcing,” Amnesty International revealed in a November report. In the electric vehicle industry, GM, BMW, Daimler, and Tesla all fell “in the ‘minimal’ to ‘moderate’ action categories,” Greentech notes, with EV leader Renault not even registering.

But now, Toronto-based DLT Labs and Cobalt Blockchain Inc. are setting out to make the entire cobalt supply chain transparent and conflict-free.

“The glue that’s going to hold together this web of people who want to co-venture and want to improve the supply chain is actually Blockchain,” said DLT CEO Loudon Owen. While “systems do exist to monitor how cobalt gets from an artisanal mine to a Tesla Model S,” he explained, those systems are “disjointed and opaque”, with various certification processes for different aspects of production and “‘bagging and tagging’ and check-ins at different nodes of the chain, which would then be logged on a distributed ledger.”

With that supply chain information in hand in a Blockchain system, “all information could be made available on a publicly accessible platform, where producers all the way up to consumers could see where raw materials originated and how they traveled.” DLT hopes to get proof of concept with Cobalt Blockchain, a mineral resource exploration company, as soon as late May, then eventually expand the joint venture to other precious metals and minerals.

While the ‘Blockchain for the supply chain’ concept sounded solid to GTM Research Grid Edge Analyst Colleen Metelitsa, “it’s not a panacea to supply chain quandaries,” she cautioned.

“Supply chain is interesting on Blockchain…because it does seem like you can track the paper,” she said. “But there’s still room for people to come in earlier and change things before they get entered the first time.”

Mark Dummett, a business and human rights researcher at Amnesty International, expressed similar concerns. “You have to be wary of technological solutions to problems that are also political and economic,” he told Reuters. But “Blockchain may help,” he added, so “we’re not against it.”

Owen stressed the moral imperative behind the Blockchain effort: “If you knew that telephone was contributing to the death of children, would you buy it?”

Tesla Learns the Limits of Automation After Deploying Too Many Robots, Too Fast