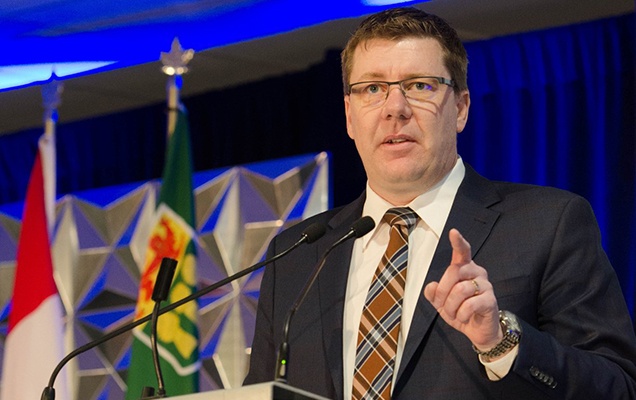 Saskatchewan has filed a constitutional reference case to challenge the federal government’s authority to establish a Canada-wide price on carbon.

The case before the Saskatchewan Court of Appeal asserts that the floor carbon price in this year’s federal budget implementation bill is “unconstitutional, in whole or in part”. The Globe and Mail says the case could get as far as the Supreme Court of Canada.

“It fails to respect the sovereignty and the autonomy of the provinces with respect to matters under their jurisdiction,” Premier Scott Moe told the Globe. “Saskatchewan should not be subject to this tax simply because the Trudeau Liberals do not like our climate change plan.”

Alberta opposition leader Jason Kenney said his United Conservative Party would seek intervenor status in the case in support of Saskatchewan, stating that “the wind has shifted on this issue”. Ontario Conservative leader Doug Ford said he would support the case, as well, commenting that “the people of Ontario can’t afford a carbon tax in whatever name or form. Not now. Not ever.”

Federal Environment and Climate Change Minister Catherine McKenna said Ottawa has clear authority to put a carbon price in place. “We are disappointed to see this news because we’re all in this together,” she added. “We’re in it together to tackle climate change and take advantage of the $30-trillion opportunity of the clean economy.”

McKenna pointed to a legal opinion obtained last year by the Conservative government in Manitoba that acknowledged Ottawa’s right to impose a carbon tax on a province that doesn’t adopt one on its own. “The province would likely win a legal contest if Ottawa tried to impose an additional levy on a provincial one,” the Globe states, citing the legal opinion.

Moe is claiming unfair treatment from Ottawa for a provincial plan that commits to sector-specific emission standards and a doubling of renewable energy generating capacity, to 50%, by 2030. He says a carbon price would make key industries in his provinces like oil and gas, agriculture, mining, and transportation less competitive.

But while Saskatchewan is “making a somewhat novel argument on the basis of underlying federal principles,” University of Alberta law professor Eric Adams told the Globe, Ottawa will likely be able to defend its legislation in court.

“It’s a long shot,” agreed University of Ottawa law and economics professor Stewart Elgie. “Nothing’s ever impossible in law,” but “it’s definitely a long shot that Saskatchewan would win this.”