Regulator Opens the Door to a Solar Boom in Florida 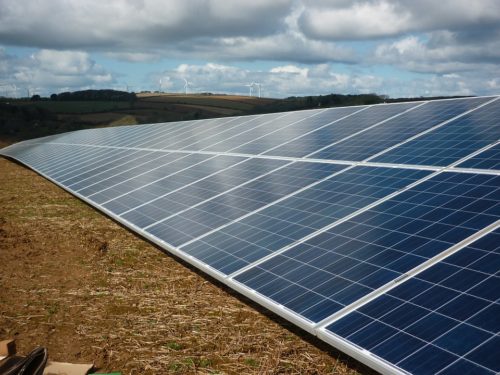 Solar energy development in Florida is on the verge of a boom, after the state’s Public Service Commission concluded that solar equipment leases do not contradict laws that forbid third-party sales of electricity.

“Making it clear that our Florida-specific lease is legal under the law means that now Floridians, for the first time, have a true solar choice,” said Tyson Grinstead, director of public policy at California-based solar installer Sunrun.

The PSC decision was hard-won. Tory Perfetti, who led a past, ultimately unsuccessful solar ballot initiative in the state, said he “now feels ‘watchfully optimistic’ about the future of solar and other advanced energy technologies in his state,” Greentech Media reports.

That Perfetti remains “watchful” speaks to the bitter history of energy politics in Florida. GTM notes. “In 2015, the Sunshine State ranked 20th in the nation for new installed solar capacity, in large part because it’s one of just a few states in the nation that prohibit residents from buying electricity from companies that install solar panels on homes and businesses.”

The industry e-newsletter adds that “third-party-owned solar agreements, such as leases and power purchase agreements [which] enable homes and businesses to go solar with little or no money down, [have been] a major driver of solar growth across the nation.”

Although “written as though it would expand solar access,” Amendment 1 simply “reaffirmed that customers in Florida have the right to lease solar—something Florida customers are already entitled to—while continuing to block third-party competitors.”

Things got even uglier “when leaked audio recordings revealed that the utility-sponsored initiative was intentionally designed to confuse voters, prompting editorial boards at every major Florida newspaper to denounce the effort.” The publicity paid off: although “Amendment 1 received more than $25 million in backing,” GTM recalls, it “was ultimately defeated on voting day.”

The defeat came hard on the heels of an overwhelming vote in favour of Amendment 4, a separate measure that authorized state tax exemptions for residential and commercial projects.

“After some twists and turns, and with more language added to address customer protections, a bill implementing Amendment 4 was passed by the Florida State Legislature in May 2017,” GTM writes. But “needless to say, it’s been a long journey for solar advocates looking to expand purchasing options in the state.”

Even after the PSC decision, it’s still illegal for third parties to sell electricity to customers in Florida. But Perfetti expressed hope that “this will be one of many rulings by the PSC regarding the protections of true free-market choice regarding energy in the state—and that there won’t be any reversals.” Meanwhile, “Florida’s residential and commercial solar markets have expanded over the past couple of years, even without the availability of third-party ownership.” Greentech notes. “Strong customer demand, coupled with favourable tax policies, retail-rate net metering, and continuously falling solar costs, have allowed Florida’s distributed solar market to grow despite the controversy surrounding solar choice.”

Perfetti said he hasn’t given up on trying to change Florida law on third-party solar sales—but for now, he’s “learning to do this the Florida way.” That is, “allowing citizens to feel comfortable with policy changes—where they’re not dictated, but given as choices.