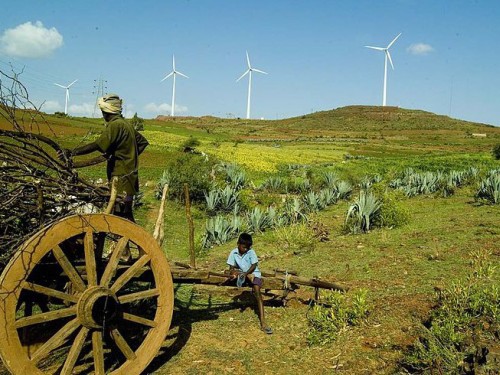 Distributed renewable energy sources continue to get short shrift in governments’ rural electrification planning, despite rapid technological advances that have made smaller-scale projects an affordable solution for smaller population centres, according to new research by the Institute for Sustainable Energy Policy.

“From home systems to mini-grids, decentralized solar technology can now bring energy access to rural areas that are not suitable for grid extension because of low power demand, population density, and distance to existing grid infrastructure,” Founding Director Johannes Urpelainen writes on The Energy Collective. But progress still depends on government policy, since “poor households cannot afford new energy technologies without subsidies or other forms of support. A purely private model of energy access would favour the wealthier households of the urban middle class and leave the poor and the marginalized behind.”

The study looked at 20 nations from Nigeria to Myanmar, all identified as “high-impact countries” by the United Nations’ Sustainable Energy for All initiative. While 14 of the 20 had published rural electrification plans, only eight had explicit distributed renewables plans, with clear timelines and implementation plans. Kenya was the only one of the 20 with a significant investment commitment, with a strategy to devote US$400 million to distributed renewables through 2021.

“Ending energy poverty is not possible unless even the poorest households gain access modern technologies,” Urpelainen notes. “In sparsely populated areas, distributed renewables offer the fastest and least expensive way to achieve this goal.” But “although distributed renewables are growing more appealing with better technologies and business models, government planning lags behind and often fails to realize the benefits of decentralized technology.”