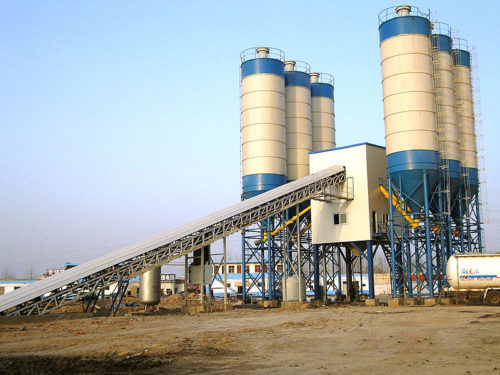 Four post-graduate researchers in the United Kingdom are working on a low-carbon, non-toxic, conflict-free alternative to the sand mining industry that is currently an essential part of the supply chain for traditional concrete.

The breakthrough by post-graduate students Carolyn Tam, Matteo Maccario, Hamza Oza and Saki Maruyami, all of Imperial College London, “comes amid increasing concern about the world’s dwindling supplies of construction-grade sand, which is an essential ingredient in concrete,” writes architecture and design magazine dezeen.

The students have come up with a composite made of desert sand, a plentiful and to date “untapped resource, as its wind-swept grains are too fine and smooth to be used as filler in concrete,” the magazine reports.

Critical to the new composite material, which the students are now marketing under the name Finite, is a new binding agent that can hold the fine desert grains together long enough to serve in temporary forms or other short-term projects.

While “the binder ingredients are a guarded secret,” its developers “are confident that it outperforms concrete on key sustainability metrics,” including “a vastly decreased CO2 footprint,” dezeen states.

“Our worst-case estimate right now is less than half the CO2 footprint than concrete,” Maccario said. By comparison, he added, “the main binder in concrete is responsible for 5% of global CO2 emissions.”

While Finite is “as strong as concrete,” he said it’s “non-toxic and can be left to decompose naturally, or remoulded to be used in another project.”

“Theoretically, Finite could also be used for permanent structures such as residential projects, but for this it would need to pass rounds of testing and regulations,” dezeen notes.

The students are “confident that Finite will be a viable competitor to concrete in the construction industry once it is manufactured on a larger scale, because of the abundance of the raw materials.”

“It will take more than just our project or one material, but we’re really looking forward to a future where the built environment isn’t this thing where you keep it there forever or landfill it or down-cycle it, but something that uses nature and is continuously reusable,” Maccario said. That approach would relieve pressure on the shorelines, rivers, and sea beds that currently serve as sources for construction-grade sand, and on the communities that depend on those ecosystems, Dutch designers Atelier NL told the magazine.

Along the way, it would undercut a multi-billion-dollar sand mining industry that dezeen says is linked to organized crimes in some countries.

“Sand is the most consumed resource on Earth after fresh water,” said the designers, who last October held a symposium on “the sand crisis”.