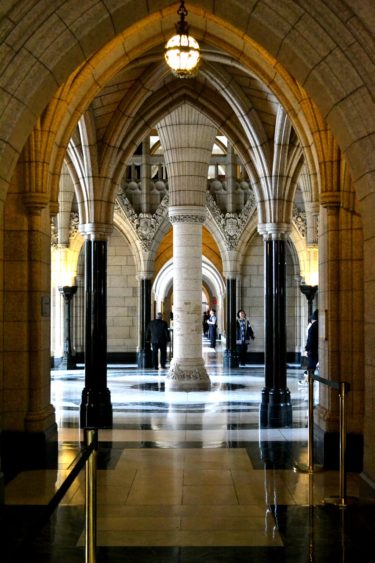 This is a short summary of a longer investigation by National Observer. Click here to get the whole story.)

National Observer investigative ace Mike De Souza is picking up serious allegations that the federal government’s review process for the Trans Mountain pipeline expansion was “rigged”, not quite 18 months after the federal Cabinet approved the intensely controversial, C$7.4-billion project.

Federal officials, speaking on condition of anonymity, told De Souza that “a high-ranking public servant instructed them, at least one month before the pipeline was approved, ‘to give cabinet a legally-sound basis to say yes’ to Trans Mountain,” De Souza writes. “These instructions came at a time when the government claimed it was still consulting in good faith with First Nations and had not yet come to a final decision on the pipeline.”

De Souza adds: “Legal experts interviewed by National Observer say these instructions could be a significant matter reviewed by the courts to determine if the government’s approval of Trans Mountain was valid.”

In an April 19 interview with the Observer, Natural Resource Minister Jim Carr said Ottawa fulfilled its duty to First Nations “through a ‘considerably broadened and deepened consultation’ designed to address mistakes made by the previous Harper government in its reviews and oversight of major energy projects,” De Souza writes. “Sources from within different federal departments, however, provide a different perspective about how the Trans Mountain review happened. Their allegation is serious: that the process was rigged following lobbying by Kinder Morgan.”

The Observer details extensive contact between Kinder Morgan Canada and federal officials in the lead-up to the Cabinet decision, including two direct approaches to Bob Hamilton, then the deputy minister of Carr’s department.

The government eventually decided to “shorten the timeline on an expanded review of the pipeline, promised by Trudeau’s Liberals during the 2015 election campaign,” De Souza writes. “Insiders say the instructions given a few months later—to find a way to approve the expansion—were explicit. Public servants were never asked to prepare for the possibility that the government might reject the pipeline, they explain, or restart the federal review using a new and improved process that Trudeau himself had promised.”

De Souza said he confirmed the officials’ accounts by reviewing internal correspondence involving at least two federal departments. Other officials pushed back, comparing the fast-tracked review to the failed regulatory process for the Northern Gateway pipeline.

“Three legal experts on Indigenous law contacted by National Observer said the instructions given to public servants about approving the pipeline project are troubling,” De Souza writes. “The lawyers all warned that these internal orders cast doubt on whether the government was sincere in its efforts to consult and accommodate First Nations on Kinder Morgan’s project—a matter now being reviewed by the Federal Court of Appeal.”

The government’s intentions could make a difference before the court, given the federal duty to consult First Nations under Section 35 of the Constitution. “Based on this requirement, the courts have the power to reverse the government’s approval of Trans Mountain and force it to restart its efforts to consult affected First Nations,” De Souza states.