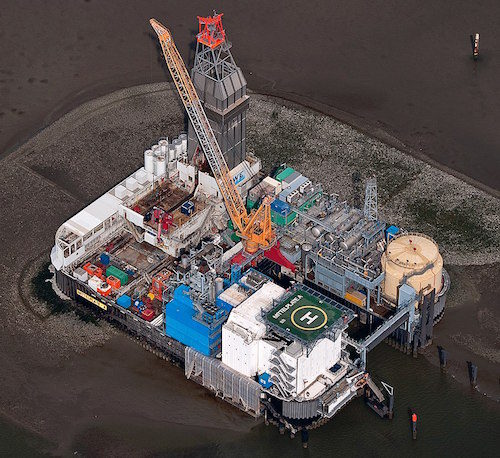 “We recognize the need to reduce emissions rapidly to achieve the target set in the 2015 Paris Agreement…and our responsibility to support the communities in which we operate,” said Daniel Klier, the bank’s group head of strategy and global head of sustainable finance.

“Before deciding to write a cheque to Kinder Morgan, Justin Trudeau should ask himself if he wants to rush in where HSBC fears to tread,” responded Greenpeace Canada Senior Energy Strategist Keith Stewart. “Europe’s two biggest banks saying they will not finance new tar sands pipelines sends Canada’s oil industry and its political boosters a message they can’t afford to ignore.”

The update to HSBC’s 2011 energy policy will make exceptions for coal plants in Bangladesh, Indonesia, and Vietnam when it believes no “reasonable alternative” is available, said CEO John Flint. “There’s a very significant number of people in those three countries who have no access to any electricity,” he told shareholders at HSBC’s annual general meeting Friday. “The reasonable position for us is to allow a short window for us to continue to get involved in financing coal there.”

But Paddy McCully, climate and energy program director at the Rainforest Action Network, called the announcement a mixed bag. “That Europe’s number one banker of tar sands is distancing itself from the sector is encouraging, and further evidence that the writing is on the wall for tar sands oil,” he said. “But its coal power policy has a glaring, 80-gigawatt-sized loophole, and on both coal and tar sands HSBC still lags far behind its leading global peers.”