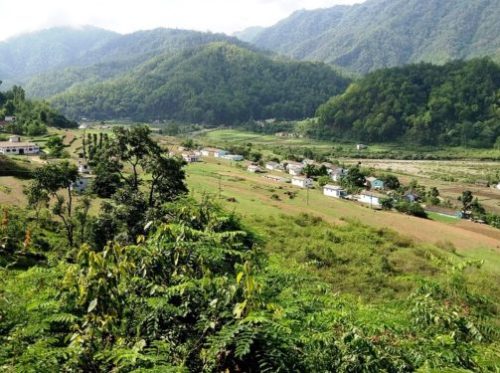 In a recent op ed for one of India’s leading newspapers, the Business Standard, climate activist Ranjan Panda argues the recent failure to consult Indigenous communities and other forest dwellers about important changes to the country’s afforestation program casts serious doubt over the government’s commitment to climate justice—and to its own climate goals.

As the world’s fourth-largest greenhouse gas emitter and a signatory to the Paris agreement, “India has set ambitious mitigation strategies, including an increase in its forest/tree cover by five million hectares and improving the quality of forest cover in another five million hectares of forest lands—thereby creating an additional carbon sink of two to three billion tonnes of CO2 equivalent,” Panda writes.

But those efforts have been roundly criticized by “local and tribal communities as well as civil society for being overly [focused on] commercial monoculture…and for ignoring community rights over forests,” two big problems that Panda says go hand in hand.

In late February, he writes, the Ministry of Environment, Forestry, and Climate Change modified the rules governing compensatory afforestation funds (CAFs) ,designed to compensate landowners for property surrendered to afforestation projects. The new rules would grant “almost absolute power to the forest department and its officials to decide how $6 billion worth of the CAFs will be utilized,” and in so doing “disrespect the rights granted by the Forest Rights Act (FRA) to nearly 200 million Indigenous people and forest dwellers.”

While the FRA gave critically important village assemblies, known as gram sabha, “the right to decide about all such issues in their areas,” Panda says the revised CAF rules “do away with the provision of ‘free, prior, and informed consent’ of the gram sabha” and other forest dwellers, “thereby creating significant risk of dispossession and displacement of some of the most vulnerable forest communities in the world.”

Moreover, the draft rules were only available for public comment for a month, and the Ministry made no effort to reach out to tribal and forested communities for input. The poor process “shows the ministry’s lack of interest in involving the communities in decision-making in a matter that has a huge bearing on their lives and livelihoods.”

Just as local communities “need to understand the risks and benefits associated with these rules,” Panda writes, so too must the government appreciate that those communities “have been the best managers of India’s natural forests, [and] ignoring them means ignoring their role in protecting and preserving biodiversity, which helps mitigate climate change.”

Panda urges the government to revisit the rules for the CAFs and “make provisions for giving Indigenous communities a major stake” in their management. “Otherwise, there is every chance that afforestation and forest restoration through the $6 billion [system of funding] will fail,” seriously undermining India’s chances of achieving its Paris climate goals.