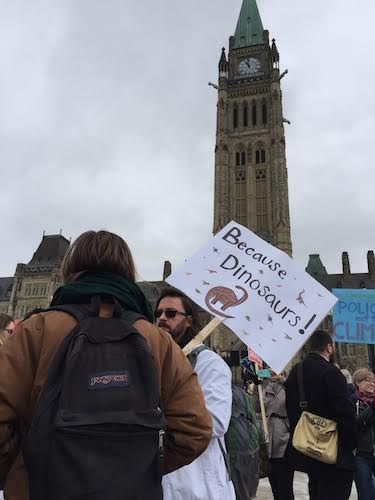 The Trudeau government is promising to do more to help Canada’s federal scientists feel truly free to speak to each other, and the public, about their research.

In a recent joint letter signed by Science Minister Kirsty Duncan, Treasury Board President Scott Brison, and Debi Daviau, president of the Professional Institute of the Public of Canada (PIPSC), Ottawa “acknowledged more needs to be done to reinforce the government’s election promise to encourage scientists to freely discuss their work,” reports iPolitics.

That reassurance comes in the wake of a recent PIPSC survey in which 53% of federal scientists said they “still feel the restraints of the previous Conservative era” and fear reprisals if they talk about their publicly-funded work in public. The survey results indicated that some departmental managers, carried over from the Harper era, were failing to implement the new rules.

“Culture change takes time and it appears that, in some areas, we need to do more to reinforce our commitment,” the letter said. But “be assured that we have the patience and perseverance to make this pledge to federal scientists a reality.”

Tears of joy flowed freely in the aftermath of Canada’s October, 2015 federal election, after the newly-installed Liberal government told scientists they were free to talk about their work. Ottawa has since taken steps to “open up science and promote evidence-based decision making,” iPolitics reports.

Those steps include changing federal communications policies to allow “subject matter experts to speak on their areas of expertise without being explicitly designated,” and the appointment of Chief Science Advisor Mona Nemer, whose job is to “bring more ‘harmony, transparency and clarity’ [to] how scientists can communicate their work.”

“Federal scientists also became the first to have their right to speak about their work embedded in collective agreements,” iPolitics notes. And now, Treasury Board and PIPSC are developing departmental scientific integrity policies, to further secure an atmosphere of trust in which all Canadian scientists and researchers can feel free to speak up.

“I think we still need to work out the details. It’s very new,” Alain Vézina, regional director of science for the Bedford Institute of Oceanography, told National Observer in the days after the announcement in 2015. But “what I told the staff is if you’re contacted directly by the media, let’s say you’re at a conference or a workshop, the media is there. You can talk directly. You don’t have to say, ‘I don’t have permission to speak.’”

That weekend, communications strategist Jody Paterson sent a thank-you note to Prime Minister Justin Trudeau after her son, a federal fisheries biologist in British Columbia, described the reaction when the ban was lifted.

“I feel like I’m in one of those post-apocalyptic movies where there’s nothing but darkness and sorrow and hard times, and then right at the end of the movie there’s a scene of the sun rising over a new world and it’s like everything just might turn out OK,” her son wrote. “People, we must never again let our government plunge us into such a fearful, secretive, divisive state.”