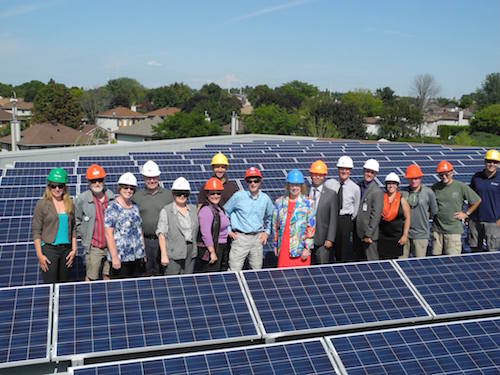 The Canadian politicians now negotiating to mollify Kinder Morgan investors by buying a $7.4-billion pipeline are right that the country can take action on climate change and have a strong economy. But “the path to a low-carbon economy is paved with strong climate policies, not the continued expansion of fossil fuels,” the executive directors of Environmental Defence and Climate Action Network-Canada argue in a Hill Times op ed this week.

“Canada can meet or exceed its commitments under the Paris agreement on climate change and still have robust economic growth,” write Environmental Defence’s Tim Gray and CAN-Rac’s Catherine Abreu [subs req’d]. Modelling released last week shows the national economy growing 38% by 2030 with climate action, or 39% without.

That difference “doesn’t mean much over the course of 12 years,” the two authors note. “And of course, we know that climate action has many knock-on benefits—such as protecting human health, preventing expensive destruction from extreme weather, and encouraging innovation—that will build the long-term resilience and diversity of our economy beyond simple GDP calculations.”

But the analysis shows that Canada will need a “more robust approach to our carbon pollution” to meet its Paris agreement targets, along with “a real conversation about the contradiction between government’s commitments to act on climate change while growing our fossil fuel industry.”

Gray and Abreu inventory the features that make the pan-Canadian climate framework “a historic achievement,” laying the groundwork to hit the country’s Paris goals in almost every sector of the economy. “However, some climate policies being implemented now show signs of weakening,” they write. “The gap to Canada’s Paris target is growing in part because climate policies are not being enacted with sufficient urgency or integrity.”

Beyond the need to strengthen key elements of the pan-Canadian plan, “there’s one big elephant in the room,” they add, in the form of a fossil industry that is allowed to increase its emissions through 2030. “Not only is that unfair to other segments of our economy, it creates a huge barrier to the climate action and economic restructuring we need to prepare for the future. Fossil fuels aren’t going away tomorrow, but they sure aren’t here to stay.”