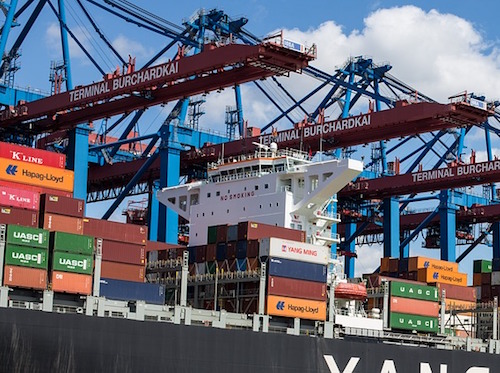 Carbon reductions of at least 50% by 2050 fall short of the 70 to 100% commitment that small island states and European Union countries were looking for at this week’s International Maritime Organization meeting, but still mark the industry’s first ever commitment to decarbonize, according to Climate Action Network-International’s analysis of the final decision adopted earlier today in London, UK.

Calling the agreement a “welcome first step” for a sector that accounts for 2% of global emissions, CAN said the IMO “must now build on the agreed minimum target of 50% reductions” and “commit to the rapid and strong implementation of near-term measures”, to keep on track with a 1.5°C target for average global warming.

Earlier in the four-day meeting, the IMO agreed to consider a ban on use of heavy fuel oil in the Arctic, where “it emits air pollutants such as sulphur oxides, particulate matter and black carbon” that “settles on ice, making it absorb more heat from the sun and melt more quickly,” Climate Home News reports. An IMO technical committee will meet in February to prepare guidelines to reduce heavy fuel oil risks and come up with a definition of the substance.

Not every civil society group tracking the meeting of IMO’s Marine Environment Protection Committee was satisfied with the 50% decarbonization target.

“Industry has clearly significantly undermined the ambition of the global deal on shipping emissions,” said InfluenceMap Research Director Thomas O’Neill. “During the Paris agreement, we did not have coal companies telling us what was possible. However, the IMO’s structure, corporate capture, and funding—which relies on flag states—makes this eventuality almost inevitable.”

CAN member organizations focused on the momentum IMO took away from the meeting, and on pushing the industry farther, faster toward the Paris agreement goals.

“We have an important agreement, and this level of ambition will ultimately require a sector-wide shift to new fuels and propulsion technologies,” said John Meggs, senior policy advisor at Seas at Risk and president of the Clean Shipping Coalition. “But what happens next is crucial. The IMO must move swiftly to introduce measures that will cut in-sector emissions deeply and quickly in the short-term. Without these, the goals of the Paris agreement will remain out of reach.”

Catherine Abreu, executive director of Climate Action Network-Canada, called the decision a “small step from the shipping industry” to contribute to the Paris goals. “A 1.5°C scenario of international shipping emissions requires decarbonization of the sector between 2035 and 2050 and the reduction of shipping emissions of 70%, aiming to 100% by 2050.” With the world’s longest coastline, she said Canada should use its position as this year’s G7 President to “further pursue ambitious and transparent actions to address shipping emissions in a way that it aligns with the objectives of the Paris agreement.”

Kelsey Perlman, international transport policy officer at Carbon Market Watch, noted that international shipping “has avoided serious climate action” for 30 years. Now, “ambition will ultimately be determined by how fast the sector adopts measures,” including an “effective carbon price” along with technology and operational improvements.

“The IMO should and could have gone a lot further but for the dogmatic opposition of some countries led by Brazil, Panama, Saudi Arabia,” said Transport & Environment Shipping Director Bill Hemmings. “Scant attention was paid to U.S. opposition.” But “this decision puts shipping on a promising track.”

“The plan is far from perfect, but the direction is now clear,” agreed Greenpeace International political advisor Veronica Frank.

In the lead-up to the meeting, the BBC reported that international shipping could account for nearly one-fifth of global carbon dioxide emissions by 2050 without action to decarbonize. Already, it emits about 1,000 megatonnes of CO2 per year, more than the entire German economy.