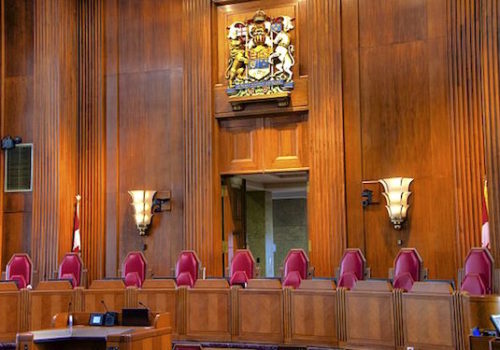 The Alberta and federal governments are wrong to claim that opposition to the Trans Mountain pipeline expansion is unconstitutional, according to the former government lawyer who drafted the initial foundation for Section 35, the portion of the Canadian Constitution that affirms Indigenous rights.

Premier Rachel Notley, in particular, has maintained that her government “will not—we cannot—let this unconstitutional attack on jobs and working people stand.” But Jack Woodward, who went on to represent the Tsilhqot’in Nation in the landmark Supreme Court case that secured its title over its traditional territory, said Notley is mistaken. And he thinks she knows it.

“She’s completely wrong about that,” he told DeSmog Canada. “And if she were right, she could go to court. But she knows she’s not right, so that’s why she’s using that word as if it is a political tool rather than a legal tool…That’s a superficial and incorrect view of how the Canadian Constitution works.”

Notley’s interpretation made sense according to the division of powers between federal and provincial government that was the law of the land until 1982, Woodward said. “But since 1982, you also have the additional complexity of Constitutional protection of Aboriginal rights, which in some cases overrides either federal or provincial powers,” he explained. Under the version of “cooperative federalism” entrenched by the Tsilhqot’in decision and subsequent court rulings, “the modern trend of federalism is that nobody has the upper hand—and everyone has to work it out.”

But Woodward said that kind of commentary misses the point. “Everything in Canada is moderated. You don’t have absolute rights.”

While “it’s true that Canada could authorize a pipeline, it’s also true that B.C. could probably govern safety aspects of that pipeline within B.C., including regulation of hazardous products, such as diluted bitumen,” he told DeSmog. And in contrast to Alberta opposition leader Jason Kenney’s lament that “Canada is broken” if the pipeline can’t be pushed through, Woodward said that’s exactly the way the Constitution is supposed to work.

“It’s simply not credible that all aspects of provincial Constitutional jurisdictions can be crushed by a federal pipeline law,” he said. “Just because the federal government has jurisdiction over pipelines doesn’t mean that they can sterilize the provincial jurisdiction over health and safety.” Similarly, “protection of the land and marine environment, that’s pretty potent. The protection of habitat for fish, even preventing oil spills because of the devastating impact it would have on tourism—that’s valid provincial legislation.”

That means politicians should let the courts decide—and it’s unrealistic for Kinder Morgan to try to dictate a decision deadline of May 31.

“When I hear Kinder Morgan having a little hissy fit and saying they want a decision by the end of May, I just laugh,” Woodward told DeSmog’s Emma Gilchrist. “You can’t decide all of these things by May. This is an irreversible decision, so it should take some time.”