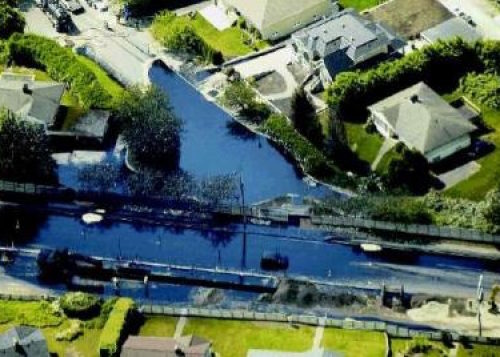 The Prime Minister’s Office and Natural Resources Canada glossed over peer-reviewed science they had in hand when they announced approval of the Trans Mountain and Line 3 pipelines in November 2016, according to one of the scientists who submitted the hot-off-the-press findings for politicians’ consideration.

Prime Minister Justin Trudeau claimed at the time that the decisions were “based on rigorous debate on science and evidence.” But conservation ecologist Thomas Sisk recalls submitting new findings for the government’s review in the days before the decision, but learning almost a year later that his research had been dismissed by federal bureaucrats who may not even have taken the time to read the full paper.

“In how many other cases has science been dismissed, or selectively parsed to support desired policy decisions?” Sisk asks, in an op ed for the Vancouver Sun. “We cannot know, because government still has not provided a scientific rationale for its decisions, yet it continues to claim the mantle of sound science and environmental protection while advocating for expanding the oilsands infrastructure.”

Sisk traces his research on the safety of moving bitumen to port back to 2011, when the Harper regime was all too happy to treat tar sands/oil sands opponents as “enemies of the state”. At the time, he says, he decided to let the legitimacy of his research speak for itself, and it did—in the pages of the prestigious journal Nature in 2014, and through a subsequent call for a moratorium on tar sands/oil sands expansion signed by more than 100 North American scientists.

Then Sisk worked on a peer-reviewed article on the potential impacts of tar sands/oil sands bitumen in marine environments. “Despite an embargo on releasing the study publicly prior to its official publication, we shared a copy of the article with the Prime Minister’s Office, along with a short letter summarizing our finding of significant gaps in scientific understanding of multiple risks, including the toxicity and behaviour of diluted bitumen in marine ecosystems,” he recalls. “We also offered to meet with government officials to discuss the implications of data gaps that we felt were highly relevant to the pending pipeline decisions.”

Sisk assumed the work had come in too late to be considered, or had been discounted because of other, undisclosed data. But documents released to National Observer in October 2017 under access to information legislation “showed that on the very day we sent our study to the Prime Minister and his cabinet, officials with Natural Resources Canada discussed our research and its merits, then circulated comments intended to gloss over risks and dismiss our findings. In several instances, the comments were so off-point as to suggest that the officials had not actually read the full paper.”

In retrospect, “I would have understood if government had simply overlooked our work in the final days of developing critical oilsands policy,” he writes. “But it is distressing to know that they received it, discussed it internally, then dismissed key, peer-reviewed scientific findings without contacting us or providing any rationale for concluding that the Trans Mountain project was ‘safe for B.C.’”

Sisk, who’s based at Northern Arizona University but currently working in Canada, describes himself as a “grateful guest,” adding that he criticizes the process around Trans Mountain with some trepidation. He says “Canada shines in comparison” to the dismantling of environmental regulation under way in his own country, “and I believe its leadership makes for a better and safer world.”

But “scientific integrity, transparency, and rational public debate are cornerstones of Canada’s democracy and international reputation,” he writes. “That is why science should not be sacrificed to expediency when advancing any single project or policy. Not for the Trans Mountain pipeline, not for an expansion of the oil economy, not even for this government’s vision of a sound climate policy.”