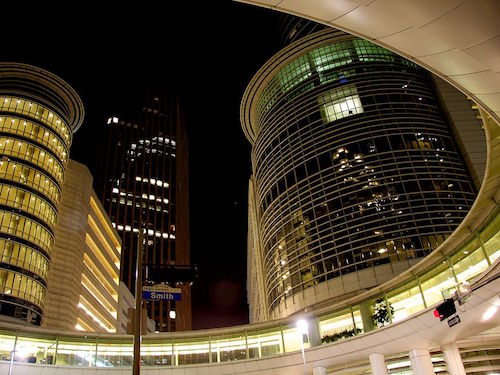 Canadians should be alarmed, even more than they should be ashamed, that the Alberta and federal governments seem intent on giving in to the “bluster and blackmail” in Kinder Morgan’s May 31 deadline for governments to give it the “clarity” it needs to proceed with its Trans Mountain pipeline expansion, veteran journalist Andrew Nikiforuk writes for The Tyee.

“Kinder Morgan prefers bluster and blackmail instead of the reality that the project was never a sound venture because it was about privatizing gains and socializing costs,” Nikiforuk writes. “But [Prime Minister Justin] Trudeau and [Alberta Premier Rachel] Notley think it’s OK to embrace a debt-ridden U.S. company so it can export, via tankers, unrefined bitumen to Chinese refineries where the upgraded resource can enrich the authoritarian Communist party.”

In investor presentations, Kinder Morgan CEO and former Enron senior executive Steve Kean blamed B.C. for its decision to halt all “non-essential” work on the pipeline, “even though the National Energy Board has not approved construction for any portion of the project but the Westridge marine terminal in Burnaby,” Nikiforuk notes. “Even Kinder Morgan has repeatedly acknowledged the reality of setbacks in presentations to investors, citing ‘a potential unmitigated project delay to December 2020’ as recently as last month.”

None of which gets at the fundamental questions Kinder is trying to sidestep by focusing attention on B.C.’s opposition to the project.

“Aren’t democracies supposed to challenge projects that impose unprecedented economic and environment risks on their citizens?” Nikiforuk asks. “Wouldn’t a tanker spill of diluted bitumen in the Salish Sea, where one-third of western Canada’s population lives, be an economic and environmental catastrophe, devastating tourism, property values, and marine life?

“Wouldn’t the doubling of tolls on the expanded pipeline, as approved by the National Energy Board, raise gas prices for British Columbian motorists by $100 million a year? The pipeline now supplies southern B.C. with most of its petroleum.

“Won’t Alberta, by exporting diluted bitumen to Asian refineries, repeat the original Canadian sin of failing to add value to resources at home, giving up thousands of jobs and billions in revenue?

“How can exporting one of the world’s most carbon intensive fuels help fight climate change?

“And can’t corporations with viable projects accommodate citizens, courts, First Nations, and economists who think such costs and liabilities should be properly accounted for?”

B.C. economist Robyn Allan said Kinder Morgan is now acknowledging what its critics have been saying for some time: the project has been a financial failure from the day it was proposed.

“If Kinder Morgan’s long-term contracts for moving 700,000 barrels of bitumen and oil on a controversial pipeline were solid, would Kinder Morgan now be blaming the government of B.C. for its problems?”

May: ‘Choking on the Lies and Hypocrisy’ in Kinder Morgan Approval