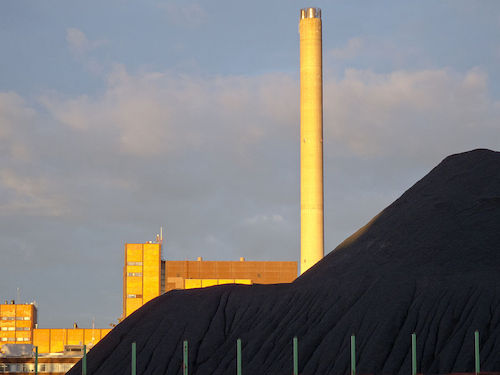 Finnish Environment Minister Kimmo Tiilikainen has set a 2029 deadline for the country to ban coal use, and is considering about €90 million in subsidies to “reward energy firms for abandoning fossil fuel ahead of time,” Bulgaria’s Public Services Knowledge Network reports, citing a report on EURACTIV.

“Tiilikainen is a committed advocate of moving away from coal, and in January he even suggested that Finland could ban the fossil fuel as early as 2025,” publics.bg notes. “Finland lags behind its Nordic and Scandinavian counterparts in terms of transitioning to a clean energy supply, as 10% of its power is still sourced from coal.”

Geopolitically, “abandoning coal will help Finland and, more broadly, the EU, cut its dependence on Russian imports, as 66% of the country’s coal comes from its eastern neighbour,” the news service notes. “But the energy industry was disappointed by the decision to confirm and move up the coal phaseout, saying it would be costly for the government and ineffective as a climate measure.”

“Coal will disappear, and eventually diesel and heavy fuel will disappear, too,” he said, in a post picked up by the Institute for Energy Economics and Financial Analysis (IEEFA). “Gas has a future for many years because solar, wind, and batteries cannot do it all on their own. But I do not believe large turbines will be the solution.”

Eskola said the smaller generating units his company manufactures “could be better integrated with renewable power than the large gas turbines made by GE and Siemens,” IEEFA notes. “Like GE and Siemens, Wärtsilä is also diversifying into renewable power by developing solar capacity alongside its fossil-fuelled plants in some places, as well as battery storage and software services to help smooth out fluctuations in electricity supply and demand.”

Both legacy manufacturers have been hit hard in recent months, with Siemens laying off 7,000 people and GE restructuring its business, after a sharp decline in orders for new gas turbines.