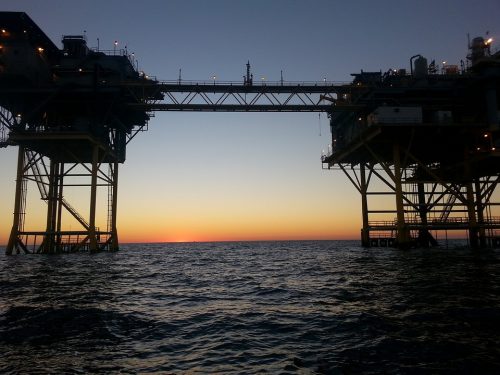 New Zealand Prime Minister Jacinda Ardern announced a ban Thursday on all new offshore oil and gas exploration permits, Reuters reports, “taking the industry by surprise with a decision that it says will push investment overseas.”

“We have been a world leader on critical issues to humanity by being nuclear-free,” Ardern told a group of university students in Wellington, “and now we could be world-leading in becoming carbon neutral.”

The decision won’t affect the country’s 22 existing exploration permits, “and any oil and gas discoveries from firms holding those licences could still lead to mining permits of up to 40 years,” Reuters notes.

While the oil price crash had led to declining interest in New Zealand oil and gas, with only one exploration permit issued last year, “business and regional leaders said they had been blindsided by the move and feared the government was risking jobs in the NZ$2.5 billion (US$1.8 billion) oil and gas industry,” the news agency adds.

“We note that the announcement is a sudden change of policy, which has not been consulted on and appears to conflict with the government’s pre-election promises,” one of the country’s main fossil companies, New Zealand Oil & Gas, said in a statement.

WWF-New Zealand welcomed the announcement. “This is a huge step forward for New Zealand, and a landmark moment in the transition to a clean energy economy,” CEO Livia Esterhazy said, citing University College London modelling showing that a large proportion of known fossil reserves must stay in the ground in any reasonable climate scenario.

“This is the coal, oil, and gas that has already been found and is already on the books. That’s why the decision to stop opening more and more of Aotearoa’s ocean territory to oil exploration is a big step towards unlocking a safe climate future,” Esterhazy said.

“We hope that the New Zealand oil and gas industries will take today’s announcements as a signal to use their technical skills, expertise, and resources to develop and deploy renewable energy technologies. That’s the way of the future.”

In the Taranaki region of New Zealand’s North Island, New Plymouth Mayor Neil Holdom called the announcement a “kick in the guts for the future” of the regional economy, adding that he’d heard nothing about a specific plan for a transition to green energy.

“We all want a sustainable New Zealand, and that is reflected in our people,” he said. “However, we need a plan and we need to create some certainty,” with 4,000 people employed in the fossil sector and another 3,000 to 3,500 in related industries.

“If you look at the local perspective, we’ve had a rough time in the last few years. The oil and gas commodity prices have dropped anyway, so we’ve seen a reduction in employment and exploration,” Holdom added. “If you consider those households and those people, they are correct that nobody’s going to be losing their jobs overnight. But in terms of the long-term outlook for those industries, these people are going, ‘my career doesn’t actually have a future.’”

I wish our federal government had the same courage and stop providing incentives to the oil and gas industry by allowing them to build more pipelines, and giving them subsidies that the federal government under Harper and now Trudeau have promised to eliminate.
Similarly to Canada, we can ear from the industry in New Zealand the fear of lost jobs. In Alberta, the oil and gas industry did not rehire workers at the same level it was before oil prices collapsed. They preferred to invest in technology that helped them cut their expenses, especially workers. These workers can easily been trained to work in the renewable energy sector.
New Zealand is following many other countries that are aiming to become carbon neutral. Canada is not even picturing that possibility.

Great points, René. The Canadian/North American industry has a particular term for its future work force strategy: The call it “de-manning”. It doesn’t seem to bode very well for employment prospects in Alberta!