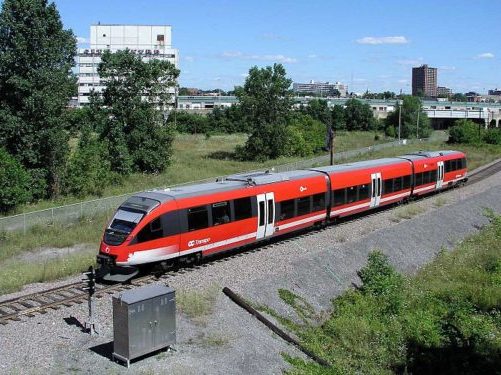 New research by the Pembina Institute is shining a light on several Canadian cities that are making it easier for citizens to build their day-to-day lives around transit, rather than private vehicles.

Without all those elements working together, a city will end up with urban development failures like several older portions of the University-Spadina corridor of the Toronto Transit Commission subway line, with user densities at some stations well below the accepted threshold of 200 combined residents and jobs per hectare.

But where cities are leading well, “by working closely with the development industry, demonstrating what is possible, conducting critical studies, or directly incentivizing development,” Wiginton writes, good things happen.

One example is Hamilton’s introduction of maximum (rather than minimum) parking regulations for residential development of 1.25 spaces per unit and reduced minimums for commercial parking, coupled with a shift away from free parking, with municipal offices leading the way. Another is Mississauga’s adoption of an integrated planning approach to transit and development that combines “land use vision, public realm design, and appropriate modes of transit”.

Pembina also points to Ottawa’s decision to facilitate its new light rail transit line by introducing “a new flexible zoning category for station areas” that allows existing developments “to remain under the former zoning even if they redevelop, or renovate.” That flexibility “allows owners to wait for the right market conditions, while permitting higher and denser developments” in proximity to transit when they make sense.