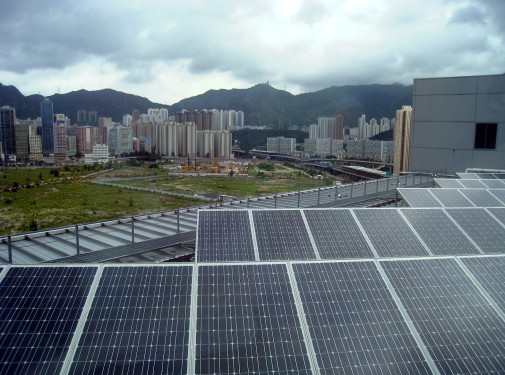 “In its bid to no longer be seen as the world’s worst polluter, China invested $127 billion in renewable energy last year,” Bloomberg reports. “More than two-thirds of that was for 53 gigawatts of solar energy, enough capacity to power more than 38 million homes.”

The report showed across-the-board renewables investment growing by 2%, and solar investment by 18%. Wind energy financing was down 12%, at $107 billion.

But while renewables accounted for 61% of new generating capacity last year, output from clean sources only accounted for 12% of global electricity production, “illustrating the gap that needs to be bridged before clean energy can overtake fossil fuels,” the news agency notes.

“The world added more solar capacity than coal, gas, and nuclear plants combined,” said Nils Stieglitz, president of the Frankfurt School of Finance and Management, one of the contributors to the report. “This shows where we are heading, although the fact that renewables altogether are still far from providing the majority of electricity means that we still have a long way to go.”

Bloomberg notes that the shift to solar and wind, in particular, has been driven by plummeting costs in recent years. “Even though coal and gas are still the cheapest sources of electricity, that’s likely to change as soon as 2023, according to BNEF.”

China, Australia, and Sweden saw the biggest increases in renewable energy investments, the UN and BNEF found, while the United Kingdom and Germany lost ground. Investors committed $103 billion to new fossil infrastructure, $45 billion to large hydro, and $42 billion to nuclear.