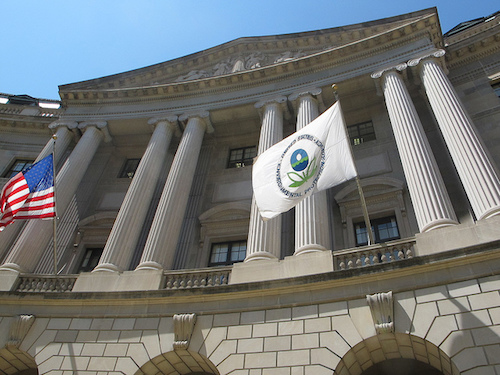 Fourteen U.S. states led by New York have launched legal action against the Environmental Protection Agency for failing to regulate climate-busting methane emissions from fossil installations across the country.

“The EPA has a clear legal duty to control methane pollution from oil and gas operations,” said New York Attorney General Eric Schneiderman. “Its continued refusal to do so is not only illegal, but threatens our public health and environment.”

The lawsuit names EPA Administrator Scott Pruitt as sole defendant. It’s backed by California, Illinois, Pennsylvania, New Mexico, Vermont, and Iowa, among other states, as well as the District of Columbia and the city of Chicago. The challenge “came nine months after a federal appeals court sided with environmental activists who sued to block the EPA from freezing enforcement of its own rules to control methane leaks from new or modified fossil fuel facilities,” Reuters reports.

Donald Trump signed an executive order in March, 2017 to roll back those rules, the news agency recalls. That same month, the EPA “halted efforts to collect data from fossil fuel operations to prepare performance standards that states would have to follow in devising methane control measures for existing wells, pipelines, storage tanks, pumping stations, and other facilities.”

Now, the 14 states are citing the agency’s “unreasonable delay” in developing standards as a violation of the U.S. Clean Air Act.

“The lawsuit cited an Environmental Defense Fund study that found the industry could cut methane emissions 40% below projected 2018 levels at an average annual cost of less than a penny per thousand cubic feet of natural gas produced,” Reuters notes. “The study said that reduction could save the U.S. economy more than US$100 million a year.”