Electric Vehicle Transition Will Continue, With or Without Tesla 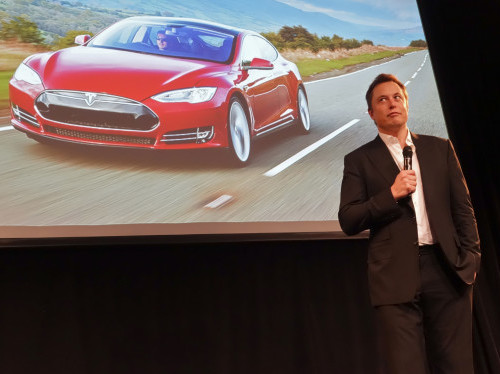 Though Elon Musk is back to sleeping at his Fremont, California auto manufacturing plant while tweeting that the “car biz is hell”, the editor at large of Inc. Magazine says the rise of electric vehicles will continue—with or without Tesla Inc.

“Tesla can’t seem to run an auto production line, something that the Detroit auto companies that Mr. Musk mocks are very good at,” Bill Saporito writes in an opinion piece for the New York Times. The company still hasn’t hit its short-term goals of producing 2,500 to 5,000 of its Model 3 vehicles per week, and “has had to resort to pulling cars off the line and finishing them by hand. That’s not what you call mass production; more like mass confusion.”

Even so, “global sales of EVs, pushed by tougher air quality regulations in California and around the globe, are notching sales increases nearly every month.”

Saporito lists a series of factors that play in favour of electrified personal transport: diesel is dying, he says, the internal combustion engine is soon to follow, European automakers have made a huge commitment to electrification, and “China could become the next California when it comes to fuel economy and emissions. It’s already the top market for plug-ins, and as the world’s largest car market, China can make global manufacturers bend to its regulations.”

With all of those factors in play, he says it would be a fatal error for U.S. automakers to respond to the Trump administration’s new rollback of vehicle emission standards by falling behind technologically: If that happens, “the domestic auto industry will resemble the 1980s all over again, when Detroit ignored fuel economy to build gas-guzzler SUVs because they were so profitable. When oil spiked again, the Big Three went into a decline that would not end until taxpayers ultimately paid the price in a huge bailout.”

For Saporito, that’s good reason for Musk to get Tesla’s assembly line turning over as intended. But already, “with the success of the Model S, he’s proven the concept commercially and technically. Others, such as Fisker Automotive, are promising giant leaps in battery technology, which will finally slay the ‘range anxiety’ monster that has long scared off consumers.”

EXPLAINER: Why Energy Storage is ‘Rewiring’ the U.S. Utility Industry