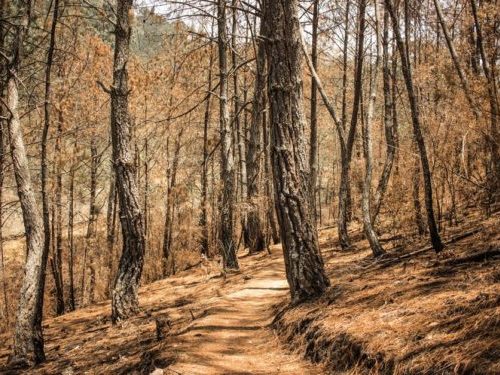 Researchers have found signs of an alarming feedback loop between parched forests and carbon storage in the woods of the eastern United States, according to a University of Florida report in the journal Nature.

“Forest biomass and tree species composition and their combined impact on carbon storage are affected by climatic variability on a sensitive and short timeline—just a few decades,” the university states. So “as climate change affects the forests, so do the forests affect climate change.”

“While “climate change has been less dramatic in the eastern U.S. compared to some other regions, such as Alaska and the southwestern U.S., we were interested to see if there were signals in forest inventory data that might indicate climate-induced changes in eastern U.S. forests,” said UF biologist and senior author Jeremy Lichstein.

Using systematic inventories of trees in the eastern U.S. from the 1980s through the 2000s, Lichstein and his co-authors found that decades of declining precipitation have resulted in an influx of tree species whose lower levels of biomass and slower growth help them survive drought conditions. Those hardy colonizers are far less able to sequester carbon in their stripped-down tissues than the water-loving leafy species that still dominate the region’s forests—but may not for much longer.

Based on the study results to date, “it’s premature to say whether or not the amplification effect that we documented is a widespread phenomenon,” Lichstein said. But the findings point to the need for research “into relationships between species composition, ecosystem function, and climate variability.”