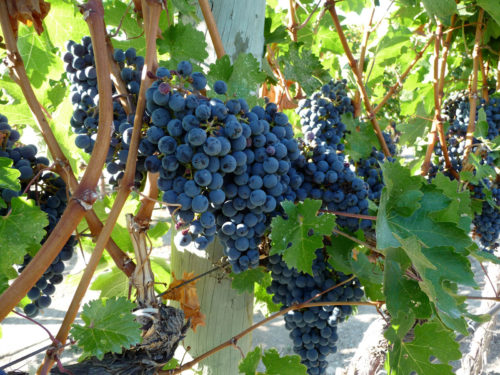 Alberta’s 2½-week moratorium on British Columbia wine, intended to put pressure on Premier John Horgan for his opposition to the controversial Trans Mountain pipeline expansion, appears to have backfired.

“Instead of squelching sales, the ban sparked a buying spree among Alberta wine aficionados who feared running out of their favourite bottles,” fossil news outlet JWN Energy reports. “The Alberta government’s 17-day moratorium on imports sparked demand across the province, according to B.C. winemakers and Alberta importers. Some B.C. wineries even continued to deliver their wines directly to Albertan customers.”

As soon as Premier Rachel Notley announced the boycott February 6, the Calgary Flames bought up every bottle of their official wine available from Alberta retailers, for fear of running out of stock during their home games. The wine is produced in Penticton.

And the reaction didn’t end there. “Many Albertan consumers, restaurateurs, and retailers were outraged by the boycott,” JWN notes. “B.C. wine is a highly profitable product in Alberta, where demand for local food and wine is growing.”

“The calls to boycott B.C. wines had absolutely the opposite effect on Alberta shoppers,” said Calgary-based wine importer Tonya Lailey. Simon Fraser University marketing professor said the reaction was predictable: “Whenever a product has some level of loyalty, as B.C. wine does in Alberta, and consumers fear a coming shortage, they will stockpile that product.”

Bradley Cooper, owner of Black Cloud Winery, said his online customers in Alberta were supportive during the boycott. “We had lots of customers from Alberta calling us during the embargo, asking how they could help us,” he told JWN. “I told them, just keep doing what you’re doing, keep ordering our wine.”