Morocco heads for a thirsty future 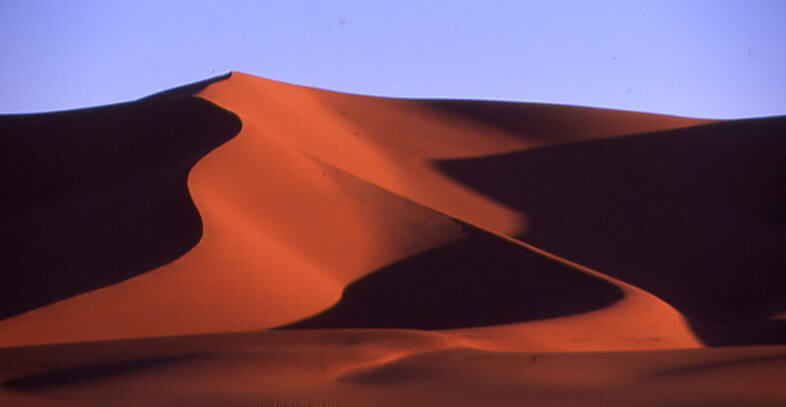 The northward advance of the Sahara is a possibility. Image: By Marina R

Despite ambitious efforts to cope with the effects of water shortage and climate change, Morocco faces a dauntingly dry century.

RABAT, Morocco, 31 March, 2018 – Morocco, host of the 2016 United Nations conference on climate change and widely seen as one of the more enlightened among North African and Middle Eastern nations on environmental issues, is facing a number of problems associated with global warming, including ever-increasing water shortages.

In recent years drought in what is one of the most water-stressed regions of the world has caused severe damage to the economies of Morocco and neighbouring North African states.

In 2015/2016 a prolonged drought caused Morocco’s production of grain to plummet by more than 70%. In 2017 water shortages became acute and the King of Morocco, Muhammed VI, issued a decree calling on the faithful at mosques throughout the country to pray for rain.

The droughts have led to social unrest in what till now has been considered one of the more politically stable countries in the region.

“Higher temperatures, less rainfall and increased land salinity in a country that is already suffering from insufficient water resources do not augur well for the future of agriculture”

Protests over what has been seen as government inaction and incompetence have broken out in several areas; in November last year 15 people were crushed to death as hungry farming families queued for supplies of flour.

A bad situation looks likely to become worse. Latest research by the Brookings Institution in the US predicts that climate change is going to result in average temperatures rising across the North African region by 3°C by 2050.

Rainfall over much of Morocco is expected to decline by 10% at the same time as water usage rates rise substantially.

“Higher temperatures, less rainfall and increased land salinity in a country that is already suffering from insufficient water resources do not augur well for the future of agriculture, unless urgent action is taken now,” says the Brookings research.

There is also concern that, along with warming, the Sahara desert could advance northwards, further threatening Morocco’s important agricultural sector, which accounts for 15% of gross domestic product (GDP) and employs 40% of the country’s workforce.

To meet the challenges of climate change and water shortages the government has brought in its Plan Maroc Vert.

The plan includes an ambitious renewable energy programme, with a target of producing more than 50% of electricity supply by 2030 through a combination of solar and wind power.

Near the town of Ouarzazate, on the edge of the Sahara desert, Morocco is building what’s billed as one of the world’s biggest solar installations.

To cope with water shortages the government is also constructing what is likely to be the world’s largest desalination plant – turning seawater into drinking water – near the tourist destination of Agadir on Morocco’s Atlantic coast.

Officials have also promised to spend millions promoting more efficient irrigation systems, and they are encouraging farmers to plant fruit trees rather than water-hungry cereal crops in an effort to promote water conservation and prevent further soil erosion.

Critics say the government’s approach is half-hearted: they say too much is being spent on mega-projects such as high-speed railways and constructing what will be Africa’s tallest building, rather than repairing and expanding basic infrastructure.