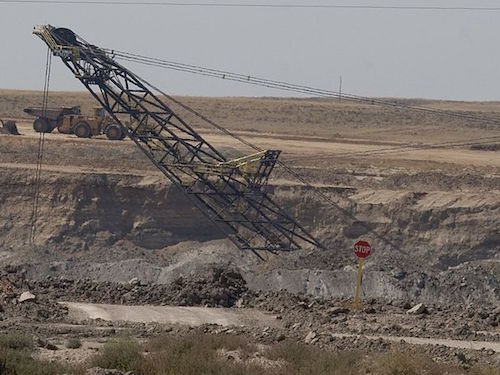 The U.S. Interior Department will have to delay a plan to open up 15 million acres of public lands in Montana and Wyoming for oil, gas, and coal development, after a U.S. district court ruled the government had not adequately considered how the plan would affect the climate and other environmental resources.

“The court rightly recognized the fundamental disconnect between the need to rein in carbon pollution and the way BLM has proposed to manage our public lands and minerals,” said Western Environmental Law Center Attorney Kyle Tisdel. “We hope BLM’s second chance will lead to better action.”

The case “was filed in 2016 by a coalition of environmental groups over a plan by the Interior Department’s Bureau of Land Management to lease federally-owned land in the Powder River Basin,” InsideClimate News reports. While the plan envisioned oil and gas development as one possible outcome for the area, “the Powder River Basin is the country’s largest coal-producing region. About 40% of all the coal burned in the U.S. comes from the area, and it accounts for about 10% of the country’s annual greenhouse gas emissions.”

The plaintiffs calculated the area contains 10.2 billion tons of coal, and could accommodate 18,000 new oil and gas wells, ICN notes. They argued the failure to consider climate and other environmental impacts violated the U.S. National Environmental Protection Act (NEPA).

After hearing the case, U.S. District Judge Brian Morris ordered the BLM “to conduct new coal screening and consider climate change impacts to make a reasoned decision on the amount of recoverable coal made available”.

ICN notes that the decision was the latest in a series of climate-related rulings against coal mining in the Powder River Basin, adding that the Interior Department had begun rethinking its 40-year development plan for the region toward the end of the Obama presidency.

“Based on the thoughtful input we received through this extensive review, there is a need to modernize the federal coal program,” said Interior Secretary Sally Jewell, not long before Donald Trump took office in January 2017. “We have a responsibility to ensure the public…get a fair return from the sale of America’s coal, operate the program efficiently, and in a way that meets the needs of our neighbours in coal communities, and minimize the impact coal production has on the planet that our children and grandchildren will inherit.”