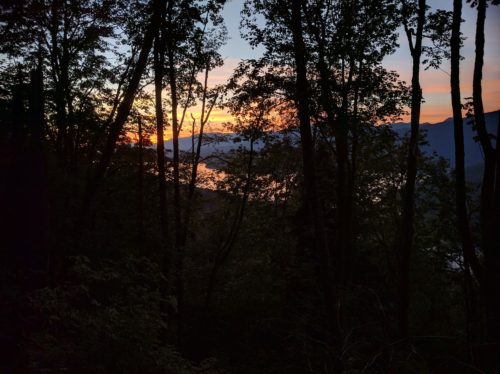 With Indigenous Watch House guardian Will George declaring a pause in the Kinder Morgan blockades for a “week of ceremony”, the focus of the battle over the Trans Mountain Pipeline expansion turned to the courts, with Burnaby Mayor Derek Corrigan asking the Supreme Court of Canada to affirm his city’s authority to hold the Houston-based pipeliner to local bylaws.

The week began with Alberta Premier Rachel Notley declaring a “definitive victory”, CBC reported, after the Federal Court of Appeal refused to hear the British Columbia government’s challenge to a National Energy Board ruling that allowed Kinder to bypass municipal bylaws during pipeline construction.

“The provincial government has steadfastly assured administrative fairness, while we defend B.C.’s interests by insisting on high standards for environmental protection and First Nations consultations,” B.C. Environment Minister George Heyman countered in a statement Monday. “Our government will continue to explore other legal ways to defend the interests of British Columbians against this unnecessary project.”

The pipeline still faces a number of other legal challenges, including B.C. Premier John Horgan’s request for a ruling on whether the province can restrict pipeline volumes while it reviews Kinder’s oil spill response measures.

Corrigan, meanwhile, is declaring a threat to the province’s autonomy and asking the Supreme Court to review the NEB’s original decision that Kinder need not comply with two Burnaby bylaws dealing with land and tree clearances.

“We think it’s quite proper to have the bylaws of the city and the regulations of the province to apply, even if it’s a federal project,” he said. “We want to be able to meet those obligations in our community.”

Corrigan added Burnaby had no intention of covering the additional policing costs incurred in protests that have resulted in 172 arrests so far, calling the charges “insult to injury”. He said the Burnaby RCMP was close to burning through its budget, including overtime.

“It’s very scary for me, and I’ve made it very clear since the beginning that we’re not prepared to absorb these costs, and we don’t think it’s fair that we’re expected to,” he said.