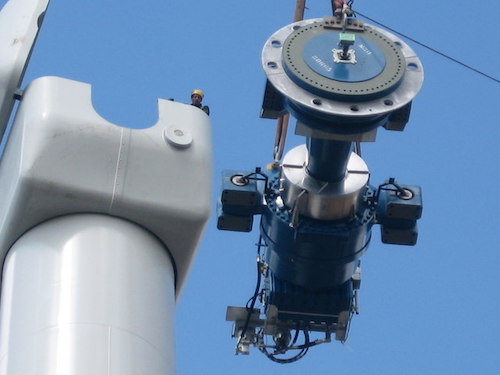 Falling costs and the evolution of battery storage are making wind and solar increasingly attractive to investors in the United Kingdom, a courtship that analysts say will leave renewables subsidy-free by 2025 and natural gas plants out in the cold by 2030.

Aurora Energy Research’s prediction that a surging green economy “will unlock about £20 billion of investment in the UK between now and 2030,” comes in the wake of Swedish energy firm Vattenfall’s announcement “that it had won a Dutch government tender to develop a wind farm which will become the world’s first without subsidies when built off the Netherlands coast in 2022,” The Guardian reports.

“The [subsidy-free] future is within reach,” Vattenfall CEO Magnus Hall declared to an industry audience in Oxford.

That the UK might reasonably share in Scandinavian optimism is supported by the fact that “the UK’s first subsidy-free solar farm opened last year,” The Guardian notes.

Hall did sound a note of caution, acknowledging that “the switch to a post-subsidy world would still require some financial aid during the transition period…to ensure that risk was fairly shared between energy firms and governments.”

To that end, he “urged ministers to consider reversing the UK’s ban on subsidies for onshore wind farms,” The Guardian states, “saying developers of these projects should be allowed to compete in auctions for subsidies”—particularly since there seems to be public appetite, at least in some places, for the projects.

Alistair Phillips-Davies, CEO of power utility SSE, said onshore wind farms should be given a chance where communities support them. “I’d like to see onshore wind coming back in the UK,” he said.

Aurora Energy’s latest report suggests Phillips-Davies may get his wish, with analysts expecting wind “to account for half of the 18 gigawatts of subsidy-free renewables to be built in the UK between now and 2030,” The Guardian explains. All of which is bad news for the gas plants: “Having so much green energy generation will squeeze out the opportunity for the likes of Germany’s RWE to build large gas power stations in the UK,” observes reporter Adam Vaughan.

The government has already “downgraded the amount of new gas power capacity it expects to be added by 2030 from 22GW to 7GW,” he notes, but Aurora researchers predict that capacity will shrink to just a gigawatt if subsidy-free renewables take flight.