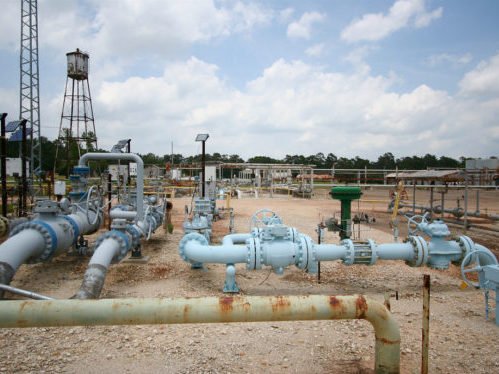 Electricity production from both natural gas and coal hit a downward slope through the first year of the Trump administration, while renewable energy continued to grow, though gas still remained the dominant source of U.S. electricity, according to Energy Information Administration data released last week.

Natural gas generation saw its biggest annual loss yet, at 7.7%, while coal-fired power production was off 2.5%, “marking the first time in a decade that both resources faced declines,” Greentech Media reports. Generation from renewables excluding hydro grew 13.4%, while total electricity production across the country fell 1.5%.

“While environmentalists have long decried what many have called a ‘bridge fuel,’ utility commissions in forward-looking states are also now starting to strategize about how to leave natural gas behind,” with California Energy Commissioner Robert B. Weisenmillerrecently telling the Wall Street Journal that “at some point soon, we’ll be permitting the last gas plant in California.” Greentech sees a similar direction emerging in U.S. states like Arizona, Michigan, and Minnesota, among many others: last year, 41 states saw increases in clean energy production, while only 12 ramped up their reliance on gas.

While natural gas maintains an economic edge today, “I can’t see a reason why we should ever build a gas peaker again in the U.S. after, say, 2025,” said Shayle Kann, senior vice president of research and strategy at Energy Impact Partners.”