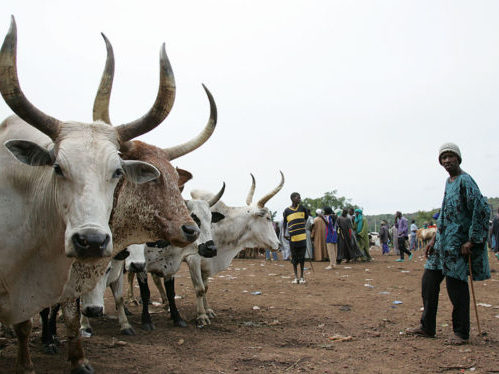 Life has never been easy for the herders of northeast Africa. But climate change is making things unimaginably worse, as the rains either do not come for multiple years on end, or arrive in a drowning torrent.

“Pastoralists have walked these lands for centuries,” the New York Times reports. “The older ones among them remember the droughts of the past. Animals died. People died. But then the rains came, and after four or five years of normal rains, people living here could replenish their herds. Now, the droughts are so frequent that rebuilding herds is pretty much impossible.”

Desperate to keep what animals remain alive through the most recent drought, which began in 2016, “some herders plunder the livestock of rival communities or sneak into nature reserves to graze their hungry droves,” the Times notes. Meanwhile women and girls, whose duty it is to fetch water, walk an average of nearly seven miles every day in search of a water hole.

And now, “more than 650,000 children under age five across vast stretches of Kenya, Somalia, and Ethiopia are severely malnourished,” the paper adds, with the United Nations reporting in February that at least 12 million people across the region are reliant on food aid and stalked by famine.

With crisis looming, and with no more animals left alive to tend, many former herders are turning to making and selling charcoal, a process “that is stripping the land of its few trees, so that when the rains come, if the rains come, the water will not seep into the earth.”

And indeed, when rain finally arrived last week southeastern Kenya, it sheeted across the hard-packed earth in torrents that claimed the lives of at least 15 people, including five children.

According to a separate report from the USAID-funded Famine Early Warning Systems Network (FewsNet), at least four years of dependable rainy seasons will be needed if the pastoralists of northwestern Kenya and the rest of the Horn of Africa are to rebuild their devastated livestock herds, and their own lives. Recent research by U.S. climatologists, whose work regularly informs FewsNet analyses and recommendations, suggests that stability will never return to a region in the crosshairs of climate change, the Times states.

But Gideon Galu, a Kenyan meteorologist with FewsNet, said despair is not an option for people on the front lines. Herders and farmers must “urgently adapt to the new normal, grow fodder for the lean times, build reservoirs to store water, switch to crops that do well in Kenya’s soil, and not just maize, the staple.”

“These people live on the edge,” he told the Times. “Any tilt to the poor rains, and they’re done.”