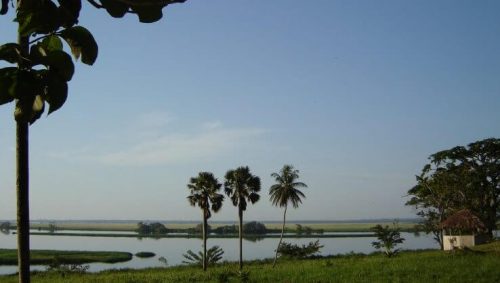 LONDON, 14 March, 2018 – The harm a UN forest project in Africa is doing to local people is greater than the good it is managing to achieve for them, researchers say.

They say they have found significant flaws in conservation projects in a densely-forested region of the Democratic Republic of the Congo (DRC), where a decision on future investment by the World Bank’s Forest Carbon Partnership Facility (FCPF) is imminent.

The DRC province of Mai-Ndombe, with an estimated 73,000 indigenous people, has 10 million hectares of forest and the world’s largest wetland of international importance. It is a testing ground for international climate schemes designed to halt forest destruction, reduce greenhouse gas emissions and reward indigenous and other local people who care for the forests.

But a study by the Rights and Resources Initiative (RRI), which works to support community land rights, says the UN’s global forest conservation scheme, REDD+,  risks harming its intended beneficiaries in Mai-Ndombe, while failing to stop deforestation.

“Our findings show that the DRC is not yet ready for REDD+ investment”, said Andy White, RRI’s coordinator. “The evidence from other countries shows that REDD+ and similar payment schemes will work only if governments recognise and support community land rights.”

The study’s authors say there is weak recognition of community land rights in the province, as well as corruption and poor governance, and that channelling more investment into the area for REDD+ programmes would only worsen conflict while  failing to protect the forests.

The countries funding the FCPF are due to decide within the next year on an agreement that would add millions of dollars to REDD+ programmes in the DRC, which contains the larger part of the world’s second biggest tropical rainforest.

“If the programme in Mai-Ndombe is approved without ensuring that local peoples’ rights are respected, it would set a terrible precedent for REDD+ and make a bad situation worse”, said Alain Frechette, researcher and director of strategic analysis at RRI.

“Strong indigenous and community land rights and a clear understanding of who owns forest carbon are vital prerequisites for climate finance to succeed.”

The report says some projects already under way have not adequately included communities in their governance or made plans to benefit forest peoples.

Instead, it says, the lack of legal safeguards and accountability in the current system could channel benefits from REDD+ to the private sector and to others with little incentive to champion forests or local peoples.

A second paper by RRI analyses the legal systems of 24 of the 50 developing countries preparing to participate in the global carbon market, and says only five have established national legal frameworks to regulate their trade in carbon.

“To succeed, the projects must include the communities that have managed these forests for generations”

So far, none of the 24 has set up a system for sharing the benefits earned on the carbon market with local forest communities, despite evidence that they are the forests’ best guardians

Alain Frechette said it was crucial to protect and enforce forest peoples’ rights, to avoid the risk of displacing thousands of people and fuelling the violence and deforestation usually associated with the expansion of agro-industry and mining.

The Mai-Ndombe study is the first to analyse the 20 climate finance projects planned or under way in the province. Chouchouna Losale, of the Coalition of Women for the Environment and Sustainable Development in DRC, said: “These projects were developed in Kinshasa before being shared with communities. To succeed, the projects must include the communities that have managed these forests for generations.”

Despite plans that include transforming former logging zones into conservation areas and paying local people to plant acacia trees on degraded savannah, the DRC projects currently under way suffer from conflict and mismanagement, the report says, blaming weak public governance and inadequate adherence to international standards. The national REDD+ steering committee has not met since it was formed in 2012.

“The people of Mai-Ndombe – whose median income is only US$0.24 per day [for each member of an average-sized family of five] – are largely to thank for keeping the world’s second largest tropical forest intact. But their success has made the province a magnet for carbon profiteers as well as timber and oil companies”, said Solange Bandiaky-Badji of RRI.

Mai-Ndombe, in the west of the DRC, became a province in 2015, a year after the implementation of the country’s Forest Code. The Code recognises the legal right of indigenous peoples and local communities to ownership of forest areas of up to 50,000 hectares. In Mai-Ndombe the Mushie and Bolobo communities have asked for formal title to 65,308 hectares of land, but only 3,900 hectares have been legally recognised.

Scientists estimate that, globally, forests and other “natural climate solutions” could by 2030 contribute about one third of what is needed to keep the global temperature increase below 2°C – the more modest of the two targets set in the 2015 Paris Agreement.

Increasingly, forests and the people who live in them are being recognised as vital to addressing climate change, as scientists continue to report a dearth of affordable carbon capture technologies that can safely be scaled up.

“In the DRC and worldwide, conflicts over agriculture, logging, livestock, mining and conservation are mounting”, says RRI’s Andy White. “Instead of empowering indigenous peoples, communities, and women in the forest communities, the REDD+ programmes in Mai-Ndombe are not adequately respecting the rights of local peoples and are failing to protect forests.”

“But all is not lost. It is not too late. Recognising community land rights and engaging local communities would ensure that this grand experiment under way in the world’s remote rainforests can succeed, unlocking all of the benefits that come with strong forests and forest protectors.” – Climate News Network