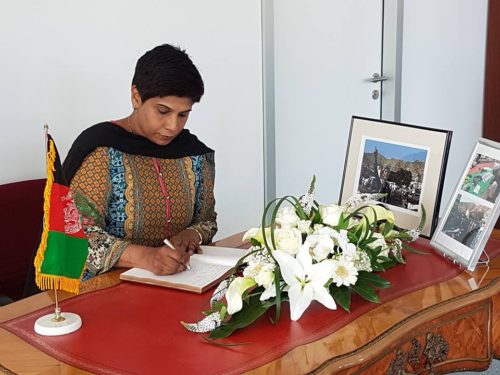 Fiji’s presidency of the UN climate talks was an unprecedented opportunity for the Pacific island state to make its mark internationally.

But the sudden removal of chief negotiator Nazhat Shameem Khan last week, despite praise for her leadership, revealed a rift between the Geneva-based diplomat and capital Suva.

At the centre of the fight is a group of Australian and European consultants brought in to assist the Fijian government to deliver its biggest diplomatic challenge. Shameem Khan had increasingly objected to the prominent role these outsiders had within Fiji’s presidency.

In exclusive interviews with Climate Home News, insiders said this eventually led to her deposal, with prime minister Frank Bainimarama taking the consultants’ side. They raised concerns that Fiji ceding control to unaccountable professionals jeopardised a critical year of climate talks.

“In the world of [UN climate negotiations], to see a small island state in the presidency being closely managed and controlled by consultants from developed countries is not good for trust and goodwill,” a source from the Fijian delegation told Climate Home News. “But [the consultants] refused to take a back seat and we had difficulties in relation to this.”

Another member of the national staff, contacting CHN independently, said: “Most of their advice and interference was harmful rather than helpful… They undermined us and didn’t understand the local dimensions.”

Both sources spoke on condition of anonymity.