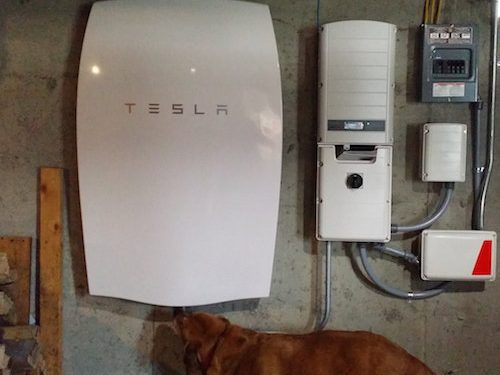 Battery storage across the United States has hit a gigawatt-hour (a billion watts for one hour), and is on track to double that total in 2018, the Washington Post reports, citing data released this week by GTM Research and the Energy Storage Association.

The industry installed 431 megawatt-hours of new storage capacity last year alone, including 100 MWh between October and December, and is expected install more than a GWh in 2018.

“In general, the deployment of energy storage is good news for renewable energy and especially solar, because it helps stretch out the availability of this energy source, which would otherwise only be accessible during daylight hours,” the Post states. The study “predicts sharp growth in an industry that was barely on the radar a few years ago. Much of the subsequent growth has been inside homes but also at the scale of the electric grid, where batteries can help power companies decide when to deploy their growing store of electricity generated from renewable sources.”

GTM Research Director of Energy Storage Ravi Manghani called the gigawatt-hour milestone “a major landmark for the industry to reach,” noting that large businesses, institutions, individual consumers, and utilities are using storage to balance out shifts in electricity supply and demand through the day.

“We’re going to have to strike the word ‘nascent’ from our vocabularies when describing the U.S. energy storage market,” Manghani said. “Falling costs and favorable policies will be among the core drivers of the market’s breakout 2018. It’s not hard to imagine that every solar RFP (request for proposals) by the end of the year will include storage.”

For consumers, “energy storage is used as a tool to shave off their peak consumption periods,” he explained. But “a lot of these systems that we are starting to see come online are utilities looking for not just renewable power, but renewable power during the peak hours.” Under several recent contracts, “the developer is deploying storage to store solar generation during the middle of the day and then dispatch these storage assets during evening hours, when the relative value of those electrons or those kilowatt-hours is much higher.”

The Post notes that a gigawatt-hour of storage capacity is still a limited milestone in a country with the capacity to generate 1,000 GW of electricity at once. The U.S. already has 20 GW of pumped storage in its hydroelectric power plants. And energy specialist Eric Hittinger of the Rochester Institute of Technology wasn’t entirely sold on the GTM-ESA projection for the year ahead.

“It seems a little optimistic to me,” he said. “However, I would agree with them qualitatively that this is an industry that is going to keep growing, the markets are there already, and are improving, actually, over time.”

In its latest earnings report, Tesla said it planned to triple deployment of its Powerwall home battery system between 2017 and 2018.