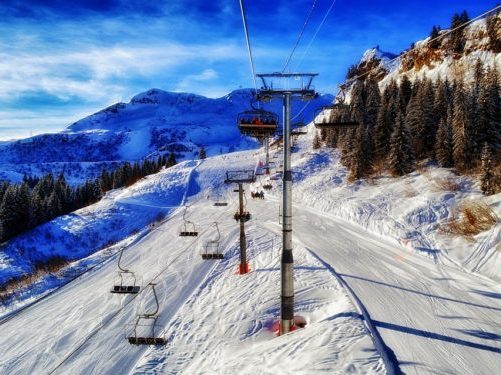 Climate change could devastate the economies of ski towns in the Rockies and anywhere else where “snow is currency,” according to a new report by the Colorado-based climate advocacy non-profit, Protect Our Winters (POW).

In a study that compared snow levels with spending habits from 2001 to 2016, POW found that “a low-snow year can cost the ski resort industry more than $1 billion and 17,400 jobs, compared to an average season,” reports Outside magazine.

The group reached that conclusion before factoring in the Rockies’ dismal 2017 snow year, the worst since detailed record-keeping of snowpack levels began in the 1960s.

“In 2016, more than 20 million people skied, snowmobiled, or snowboarded,” the magazine notes, and “according to POW, these people added $11.3 billion to the U.S. economy through buying gear, resort tickets, hot chocolate at the lodge, hotel rooms, gas, groceries, restaurant meals, and drinks in bars.”

At the state level, a good snow season in California “could add $175 million to the economy,” Outside adds. A bad snow year could melt away $250 million. In 2017, conditions were so bad that resorts in Sierra Nevada closed, and one Lake Tahoe resort is planning to blast large boulders out of its runs this summer in a bid to get by with less snow.

But those remedies are no cure for the underlying problem. “Thanks to climate change, big swings in the weather are predicted to get much worse,” Outside states. The POW report predicts that “by 2080, the average temperatures in the Rocky Mountains during the ski season are expected to rise 9.0°F (5.0°C), which will lead to 16% less snow,” translating into “many fewer ski days overall.”

For people working in the snow sports industry, the POW report confirms what the wilderness has been saying “for more than 30 years,” notes Outside editor J. Weston Phippen. But “quantifying the difference between a good and bad snow season [will give] resorts and climate advocates tools to help argue for cutting carbon emissions or, at the very least, gives them reason to further study the effects of climate change.”

“If money is motivation,” he adds, “losing $1 billion to a bad season should provide plenty.”