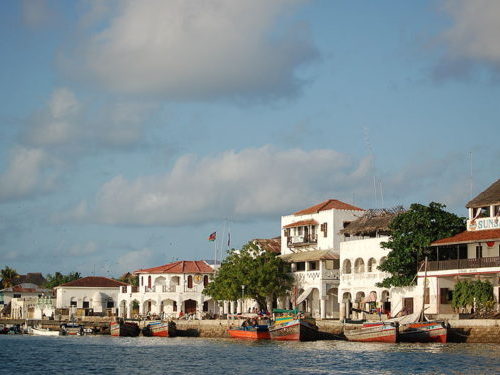 Kenya is considering building its first coal-fired generating station at the behest of China, in a deal that “embodies a contradiction of Chinese global climate leadership,” the New York Times reports.

The US$2-billion, 975-acre project, to be built by a Chinese multinational and financed in part by one of the country’s banks, is currently stalled in court. “The plan’s champions, including senior Kenyan officials, say the plant will help meet the country’s fast-growing demand for electricity and draw investment,” the Times states. “Its critics worry that it will damage the area’s fragile marine ecosystem, threaten the livelihoods of fishing communities, and pollute the air.”

The project would be sited at Lamu, a 14th-century port town on the Indian Ocean that has been designated a world heritage site by the UN Educational, Scientific and Cultural Organization (UNESCO).

“I see no reason for them to do it,” said UN Environment Programme Executive Director Erik Solheim, noting that a coal-fired power plant is “much less viable” against the falling cost of renewables. “They should invest heavily in hydro, solar, wind. They are already, but they could do even more.”

But for all that it is willing to inherit the sole mantle of global climate leadership, with the U.S. government in the hands of fossil-funded climate deniers, the Lamu project shows that China has policy conflicts of its own. “The country’s huge coal sector is turning outward in search of new markets as coal projects contract at home,” the Times reports. “The project is among hundreds of coal-fired power plants that Chinese companies are helping to build or finance around the world.”

At the moment, the project is on hold, stalled by a November 2016 lawsuit before Kenya’s National Environmental Tribunal. “For now, no smokestacks tower over the baobabs; the only signs of construction are concrete discs that demarcate the forest and farmland acquired for the plant.”

But the project has been approved by a semi-autonomous environmental management authority within Kenya’s environment department. And the plant’s proponent, Amu Power, said the project “would offer what Kenya needs most to attract investment: electricity to power a big road-and-rail project to connect its landlocked neighbors to a new port, also under construction in Lamu,” the Times reports. Company COO Cyrus Kirima said discharge water from the plant, which would use seawater for cooling, “would be warmed by about 5.0°F (2.8°C) but would not harm marine life,” the paper notes. He added that Kenya’s greenhouse gas emissions, even with the new plant, are a fraction of the output from industrialized countries.

“You need to do business,” he told the Times. “You need investment. It’s not as though Kenya is out in top gear to build coal plants.”

But China is a different story—the world’s 12th-largest coal plant developer, according to Urgewald, with 200 projects under development or receiving financing, according to Global Coal Tracker. “As China has reduced its dependence on coal domestically it has expanded overseas to relieve excess domestic capacity,” said Katharine Lu, energy investment analyst with Friends of the Earth.