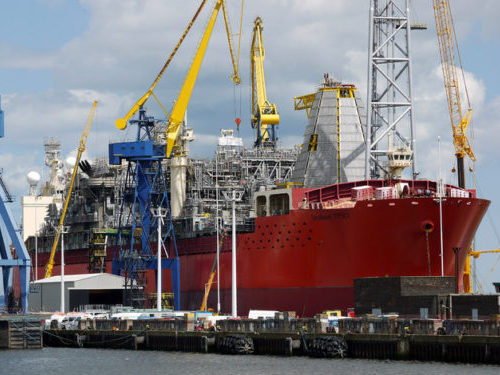 Husky Energy’s decision to order its floating oil production storage and offloading vessel (FPSO), the SeaRose, to “muster and brace for impact” with a drifting iceberg on March 29, 2017 was “economically driven,” CBC reports.

Prescribed safety protocols would have required the offshore rig, laden with 340,000 barrels of oil and with 84 workers onboard, to untether from the ocean floor and get out of the way. But previous CBC reports suggested dollars may have been the driver for Husky’s order to hunker down. And now, 68 pages of records obtained under provincial access to information laws “offer clear proof of a financial motive,” the national broadcaster states.

The offshore regulator, the Canada-Newfoundland and Labrador Offshore Petroleum Board (C-NLOPB), suspended the Husky operation for nine days in January, with Chair and CEO Scott Tessier citing the company’s failure to “close down production and sail away” as reason for the order. A January 17 email from within the provincial Department of Natural Resources cited Tessier himself, “during a discussion about the SeaRose’s close call with an iceberg,” stating “that ‘the investigation showed that Husky’s decision was economically driven.’”

“At the time of the suspension, Tessier said it would have taken weeks to get back into production had the SeaRose shut down production and gotten out of the way,” CBC reports. “I suspect in the order of six to seven weeks,” he said at the time. Now, Tessier has asked Husky management to ‘review decisions made in recent cost-cutting that may have detrimentally affected ice management.’”

The official line then and now, CBC writes, is that Husky’s suspension ended after nine days, with C-NLOPB satisfied the company had taken appropriate action to “address the deficiencies that were identified within the safety culture of their organization.”

But “prepared comments by C-NLOPB at the time of the suspension, which were among the documents released to CBC News, said that to take tougher action with Husky in the absence of a completed investigation would have been ‘capricious and arbitrary’ and ‘subject to legal challenge.’”

Asked whether economic considerations factored into the decision, a Husky spokesperson maintained the company is “absolutely committed to ensuring this can’t happen again, and the plans and procedures we are implementing will ensure that is the case.”