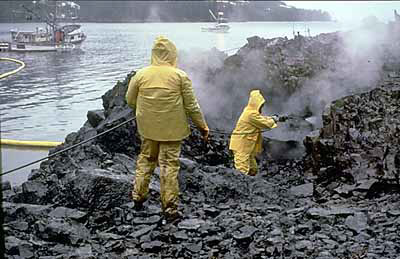 B.C. Environment Minister George Heyman is seeking public input on a 41-page “intention paper” that sets a two-hour maximum response time for pipeline and rail operators to begin assessing and cleaning up oil spills near populated areas, and a four-hour maximum anywhere else.

“Absent from the position paper was the hot-button suggestion of banning increased bitumen shipments through the province until further scientific studies are done,” the Vancouver Sun reports. Premier John Horgan “took that proposal off the table last week to let the court settle jurisdictional questions about that move first.”

“This is not about Kinder Morgan specifically,” Heyman told media. “This is about anyone who transports oil through the province.” He pointed to the 2016 grounding of the tugboatNathan E. Stewart off Bella Bella as an instance where “we’re seeing devastating impacts on First Nations” because of inadequate response times.

The Sun says the measures in the intention paper are still “seen as an additional barrier to Kinder Morgan’s C$7.4-billion Trans Mountain Pipeline expansion project,” and Kinder Morgan Canada President Ian Anderson responded accordingly: He claimed Heyman’s proposals fell under federal jurisdiction, and were “thoroughly considered and addressed” in the federal government’s review of the project. The Houston-based pipeliner will “review and contest as necessary any effort to add regulatory impediments to this federally-approved project,” he added.

Heyman said the province’s objective with the intention paper is to protect the coast, inland waterways, and “tens of thousands of jobs that depend on a clean environment.” That means making sure “that we have the plans to prevent spills, have the plans to respond in a timely manner, (and) are specific to a particular geography.”

The Sun said the intention paper “is also looking for ideas on compensation in the event of spills, as well as maximizing B.C.’s ability to apply its regulations.”