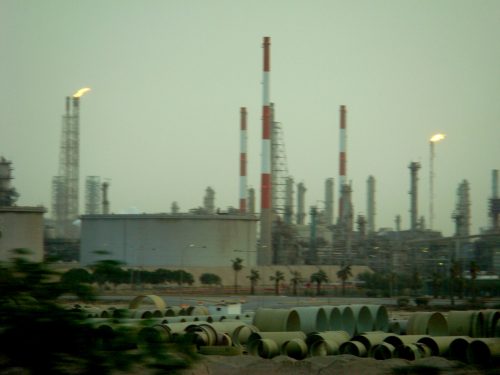 Political instability could have an impact on oil and gas production in several key fossil-producing countries—including Russia, Kazakhstan, Egypt, Kenya and Uganda—over the next three years, according to a new report from global risk analysts Verisk Maplecroft.

“We don’t see increasing instability necessarily ending in coups or significant political upheaval, but a less predictable above-ground risk environment is likely to emerge,” said the company’s head of financial risk, James Lockhart-Smith. “Arbitrary decision-making, possible measures to buy off key stakeholders, or an inability to pass regulatory reforms will be the main risks to projects in these countries, as their governments seek to stabilize and maintain their influence.”

Fossil industry analysts typically look at political instability in oil-producing regions as a risk factor for higher prices. But corruption, conflict, and war are also seen as common trajectories for petro-states that rely too heavily on revenue from oil and gas projects. As well, in many parts of the world, climate change and climate impacts are already emerging as drivers or amplifiers for conflict.

Using its Interstate Tensions Forecasting Model, Verisk Maplecroft projected that the risk of a show of force between the United States and North Korea has increased from 36 to 56% since the beginning of 2017. The odds of a war between Iran and Saudi Arabia stand at 26%.

“In the worst-case scenario, war between Saudi Arabia and Iran would hit oil supply and cause a spike in prices, while conflict on the Korean Peninsula would have serious negative consequences for the global oil and liquefied natural gas trade,” Verisk said in a statement. “A slide into war is not in the interests of any of these countries, but the outlook highlights the aggressive posturing from all sides as intensifying the chances for tensions to escalate.”