‘Irresponsible’ to Imagine a World Without Oil, Canadian Fossil Lobbyist Claims [Not Humour] 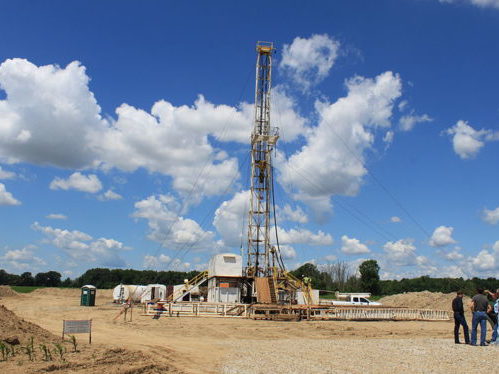 George Orwell stopped twirling in his grave and merely saluted in mute admiration earlier this week, after Canada’s top fossil lobbyist claimed it’s “irresponsible” for Canada to develop policies “based on a world that has less oil and gas.”

With the International Energy Agency (IEA) and global fossil companies projecting growing oil and gas demand through 2040, “we know we live in a growing world that is going to need more energy, and we know that Canada has reserves and can be an increased supplier,” Canadian Association of Petroleum Producers President Tim McMillan told a news conference Monday. “As an environmentally responsible person, I want to see Canada stepping in to be that supplier, not Nigeria or Iran.”

The IEA has also acknowledged that its projections drive the world past any realistic carbon budget, and has faced criticism for consistently underestimating the growth of non-fossil energy sources. Other organizations, taking account of the climate implications of burning that much more oil, have warned that companies may end up wasting between US$1 and $6 trillion if they continue on the investment course the IEA foresees, and if governments demonstrate sincerity in enacting carbon constraints compatible with keeping global warming below 2.0ºC.

But McMillan was more concerned that the “scope and pace” of Canada’s climate initiatives, halting and incomplete as they’ve turned out to be, is creating “investor uncertainty” and an “undermining of investor confidence” in Canada’s fossil industry, National Observer reports. “CAPP has particularly been critical of efforts to cut methane pollution in the oilpatch,” blatantly threatening job losses unless the federal government waters down new regulations that would save the industry considerable sums of money while reining in a crucially important greenhouse gas.

“Canada really stands alone in global energy producers. If you look at the world’s top 10 energy producers, none have a price on carbon. Nor do I think that Canada should compare ourselves to Saudi Arabia, Nigeria, Venezuela, Iraq, Iran—we are a different country,” McMillan said.

“That’s why I say comparable—we don’t necessarily have to adopt the policies of other countries, but we certainly have to be understanding of them, and recognize that if we put policies in place here that are so inconsistent with our competitors, we will achieve nothing other than loss of jobs and investment in Canada.”