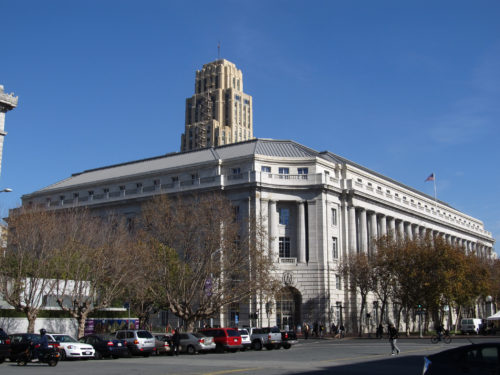 A U.S. district court judge has scorched the Trump administration’s attempt to delay implementation of an Obama-era methane regulation, concluding in a 29-page ruling that the Interior Department’s actions on the file are “untethered to evidence”.

In an email to supporters, the U.S. Environmental Defense Fund declared the ruling “a major victory for our environment and for tribes, ranchers, and families across the West.”

The ruling centres on the Waste Prevention Rule, administered by Interior’s Bureau of Land Management (BLM), which requires fossils operating on U.S. federal and tribal lands to reduce flaring and preventable releases of methane, a climate-busting greenhouse gas that is 84 times as potent as carbon dioxide over a 20-year period. “The Trump Administration has tried repeatedly to suspend the Waste Prevention Rule—but their earlier efforts have all been rejected by both the courts and Congress,” EDF notes.

“This latest effort would have delayed implementing the Waste Prevention Rule until January of 2019,” the victory email notes. “EDF and a coalition of 17 environmental and tribal citizen groups, along with the states of California and New Mexico, filed a legal challenge, calling the suspension arbitrary and capricious.” The injunction from Judge William Orrick of the U.S. District Court of Northern California was the response they were looking for.

The judge added that Interior “fails to point to any factual support” for delaying the rule, adding that “Secretary [Ryan] Zinke refused to consider comments regarding the substance or merits” of the original methane waste requirement.

“He also slammed key parts of Interior’s regulatory analysis, especially what he said was an attempt to inflate the delay’s climate benefits when they are likely negative,” Politico notes.

The paper concludes the Trump administration is producing “whiplash regulatory confusion” for fossils with its attempt to roll back Obama-era environmental rules as soon as it can. Last summer, the U.S. Environmental Protection Agency “stayed its own methane rule covering new oil and gas wells, but after a weeks-long tug of war with the DC Circuit, the rule was reinstated. EPA is now considering phasing in certain requirements rather than outright staying the rule.”

Earlier this month, BLM announced it would renew its effort to repeal most of the methane rule. “In order to achieve energy dominance through responsible energy production, we need smart regulations, not punitive regulations,” Assistant Secretary for Land and Minerals Management Joe Balash said at the time. “We believe this proposed rule strikes that balance and will allow job growth in rural America.”