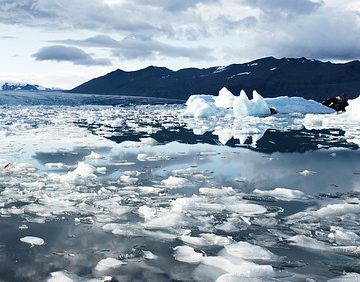 For every five years of delay on a serious response to climate change, sea levels could rise by an additional eight inches (20 centimetres) by 2300, according to a new study this week in the journal Nature Communications.

“One important point was to reveal that sea level is not in the far future, it’s now, and because the system is so slow, we just can’t see it at the moment,” said lead author Matthias Mengel of Germany’s Potsdam Institute for Climate Impact Research. “But we cause it now.”

The Washington Post calls the research finding “a dramatic illustration of just how much decisions in the present will affect distant future generations.”

The study assumes countries will reach the Paris agreement goal of stabilizing atmospheric greenhouse gases around 2050, a challenging target that begins by stabilizing global GHG emissions in 2020, 2025, 2030, or at the latest 2035 before they begin a rapid decline. “The longer the wait, the faster the necessary decline after the peak,” the Post notes. “If we delay longer still, it simply becomes too difficult to bring emissions down fast enough to avoid dangerous levels of global warming.” (This week, UK colossal fossil BP projects increasing emissions through 2040.)

The Potsdam study takes that basic reality a step farther by digging into the implications for sea level rise. “Because emissions today impel rising seas over centuries, the researchers were able to calculate a surprisingly large impact of present choices on sea levels in the distant future,” writes climate specialist Chris Mooney. While the 20-centimetre increase for each five-year increment is the “central estimate” in the study results, the more extreme projection shows an additional metre of seal level rise.

“It tells us that we are really uncertain,” Mengel told Mooney. “We don’t know enough about the ice sheets.”

Even so, Mooney notes that the assumptions in the Potsdam study are optimistic compared to countries’ current progress toward the Paris goals. Earlier this month, a study in the Proceedings of the National Academy of Sciences concluded that the pace of sea level rise is accelerating.

“Mengel’s study considers only sea level rise scenarios that are consistent with the very ambitious goals of the Paris agreement,” Mooney writes, but “the world is not at all on a pathway to achieve those goals. And even in these rosy scenarios, the study finds that seas could rise by between 2.3 and 4.0 feet by 2300, or about 0.75 to 1.33 feet per century. If we miss the Paris targets, sea level rise could be far worse.”