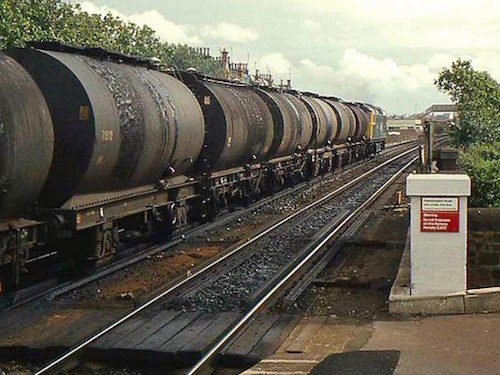 While the overall numbers are still low, the chief operating officer of Canada’s Transportation Safety Board is promising a closer look at an increase in railway and pipeline accidents involving hazardous substances between 2016 and 2017.

The overall count on Canada’s rails was up from 100 accidents in 2016, including two involving leaks, to 115 accidents and five leaks a year later.

“Similarly, the number of pipeline accidents went up last year to five from zero in 2016,” CBC reports. “One of those accidents resulted in the February 2017 spill of nearly 200,000 litres of crude oil condensate from an Enbridge pipeline at an industrial site near Edmonton.”

“The overall railway accident numbers that increased are what we’re going to be analyzing in more detail,” said TRB COO Jean Laporte. “We’re going to dig a bit deeper in the next little while to understand why, and see if there’s anything that needs to be analyzed further in the coming year.”

Laporte said he was less troubled by the increase in pipeline incidents, suggesting that a rainier season in 2017 had resulted in more soil erosion that exposed the pipes to disruption.

“We’re not particularly concerned about this increase at this time,” he said. “Now, in future years, we’ll be looking to see whether that becomes a pattern, whether there’s a continuous increase or not.”

“For its 760,000 barrel-a-day Line 3 replacement, Enbridge estimates its system will be able to detect leaks of a minimum 150,000 litres of oil per hour, or roughly 3% of pipeline flow.
Kinder Morgan’s Trans Mountain expansion “should” be able to detect leaks of between 2% and 5% of flow, which works out to a minimum of 78,200 litres per hour on the 590,000 barrel-a-day expansion.”
(source: CBC News, Calgary, by Ian Bickis, The Canadian Press Posted, Jan 30, 2017: “Limits of pipeline leak detection systems hit spotlight again with Saskatchewan spill”)
Canadian pipeline operators consider that at least between 1% to 3% of the oil carried by their pipelines leaks into the ground undetected. Canada exports 3.1 million barrels to the U.S. every day. At 1%, it accounts to 30,000 barrels per day leaking into the ground undetected.