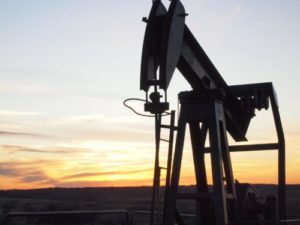 BP is predicting that global oil demand will hit a peak of 110 million barrels of oil per day between 2035 and 2040, compared to today’s total of about 97 million barrels, before the rise of shared and autonomous electric vehicles begins driving consumption down.

While the “Evolving Transition” scenario in BP’s annual Energy Outlook represents the first time the UK-based colossal fossil has suggested a peak for global oil production, it still shows the world falling short of the targets in the Paris agreement, and greenhouse gas emissions continuing to rise through 2040, “signaling the need for a comprehensive set of actions to achieve a decisive break from the past.”

Overall, EcoWatch states, “BP expects carbon emissions to rise 10% by 2040—which would fail the emissions pledges made in Paris. The company suggests that reducing oil output to 85 million barrels per day would satisfy the goals of the global climate accord.”

Greentech Media notes that the “Evolving Transition” scenario “assumes that policies and technology continue to evolve at a speed similar to that seen in recent past”. On that basis, it projects much faster EV adoption than last year’s version of the same report, but still shows insufficient progress toward climate stabilization. “If world leaders choose to take a different tack, the outcome could look very different,” writes Greentech Senior Editor Julia Pyper.

But based on an extrapolation of trends to date, “the suggestion that rapid growth in electric cars will cause oil demand to collapse just isn’t supported by the basic numbers—even with really rapid growth,” BP Chief Economist Spencer Dale told The Telegraph. “Even in the scenario where we see an [internal combustion engines] ban and very high efficiency standards, oil demand is still higher in 2040 than it is today.” The 320 million EVs in use by that year would only make up 15% of the projected two billion passenger vehicles on the road, nearly a doubling from today’s global fleet.

While greenhouse gas emissions have begun to stabilize in recent years due to political and technological change, “this slowing falls well short of the sharp drop in carbon emissions thought necessary to achieve the Paris climate goals,” added BP CEO Bob Dudley. BP sees renewable energy growing five-fold by 2040, but still accounting for only 14% of the world’s primary energy consumption.

“In a divergence from previous reports, BP examined vehicle kilometres traveled while powered by electricity to account for the combined impact of vehicle electrification, shared mobility, and autonomous driving,” Greentech reports. “Because they’re used with much higher intensity, EVs will account for 30% of passenger vehicle kilometres by 2040, up from just 2% in 2016.” Due to shared vehicle options, Dale said, the average EV will be driven about 2.5 times more than an internal combustion engine vehicle.

“By the end of the forecast period in the Energy Outlook, these changes will actually begin to make a dent in oil use. Liquid fuel demand from the car fleet is forecast to hit to 18.6 million barrels per day in 2040, down slightly from 18.7 million barrels per day in 2016.” Greentech states. But “oil will continue to dominate across all segments of the transportation sector through 2040, despite the rise of alternatives.”

Efficiency gains in passenger and freight transportation hold the increase in transportation energy use in BP’s scenario to 25%, compared to 80% over the last quarter-century. The company also notes that curbs on petrochemical products, especially single-use plastics, could cut oil demand by up to two million barrels per day.

While BP projects far faster adoption of solar electricity than it did as recently as 2015, it concludes that “coal will remain king” in the power sector. “Coal accounts for just 13% of the increase in power over the forecast period compared to more than 40% over the previous 25 years,” Greentech notes. “Even so, it remains the largest source of energy for power generation in 2040, with a share of almost 30%.”